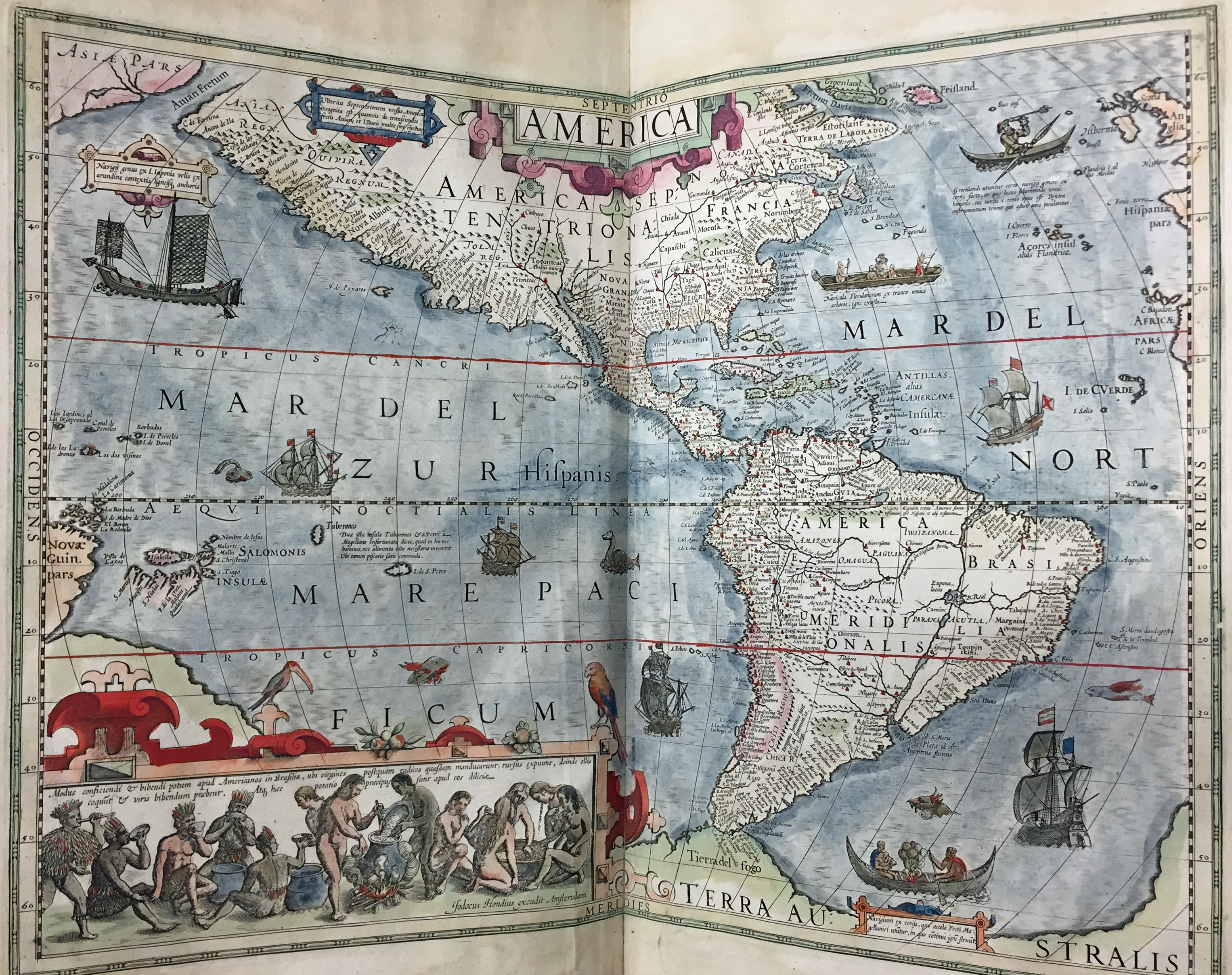 Though renowned for his cartographic skills and his innovative projection that improved navigation at sea, the Flemish cartographer Gerhard Mercator (c. 1594) traveled little.  He depended upon scholar and correspondents around the globe, including Elizabeth mathematician, astrologer, and courtier, John Dee, who promoted Mercator's work in the English court, encouraging exploration to the east by way of an as yet undiscovered northern sea passage that would avoid the potential for piracy and conflict to the East.

Although it's difficult to be certain that Shakespeare was able to study Mercator's great atlas, Leonard Digges (1588-1635), Elizabethan and Jacobian courtier and admirer of Shakespeare, owned a volume of the atlas, which he donated to his college, Oxford. 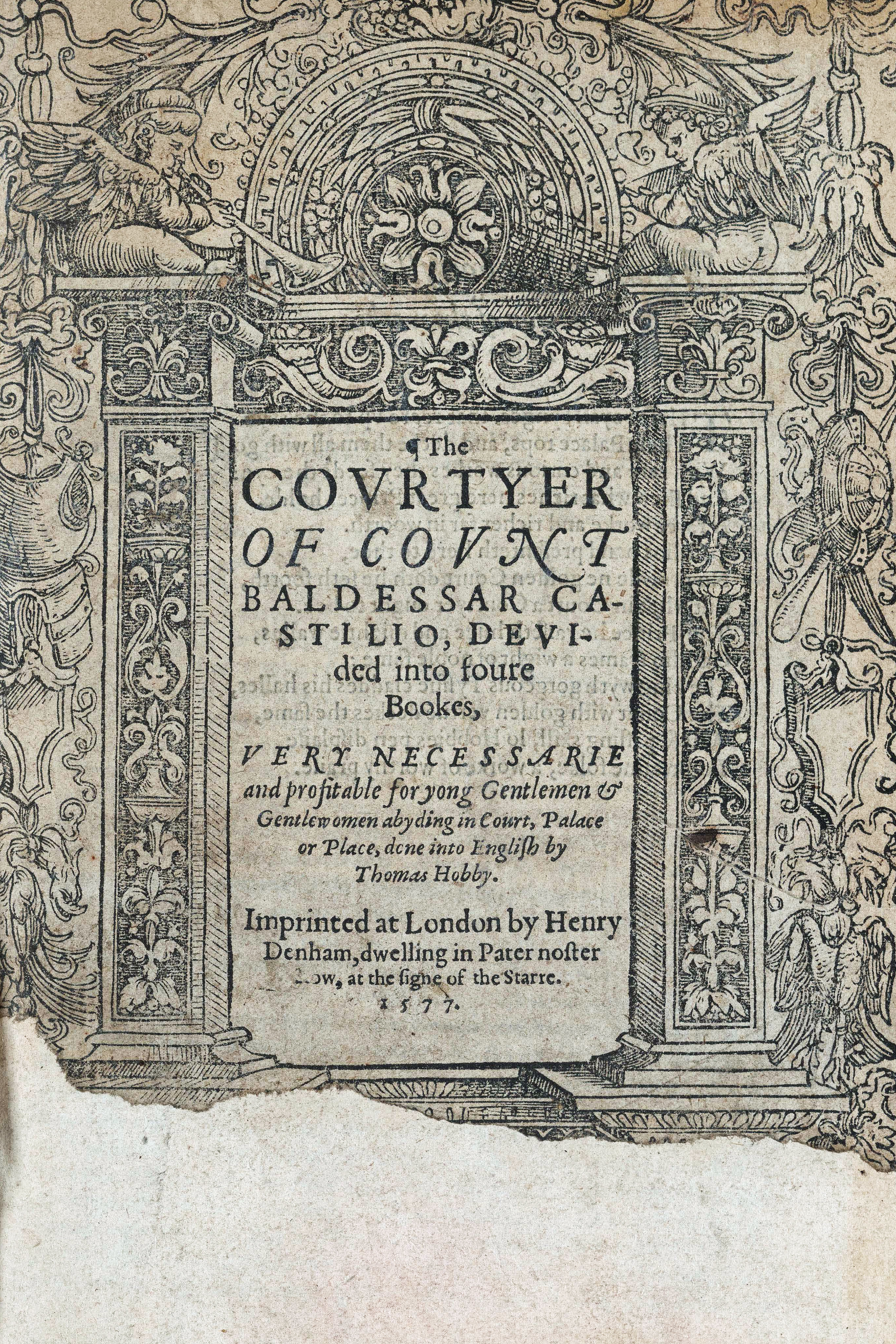 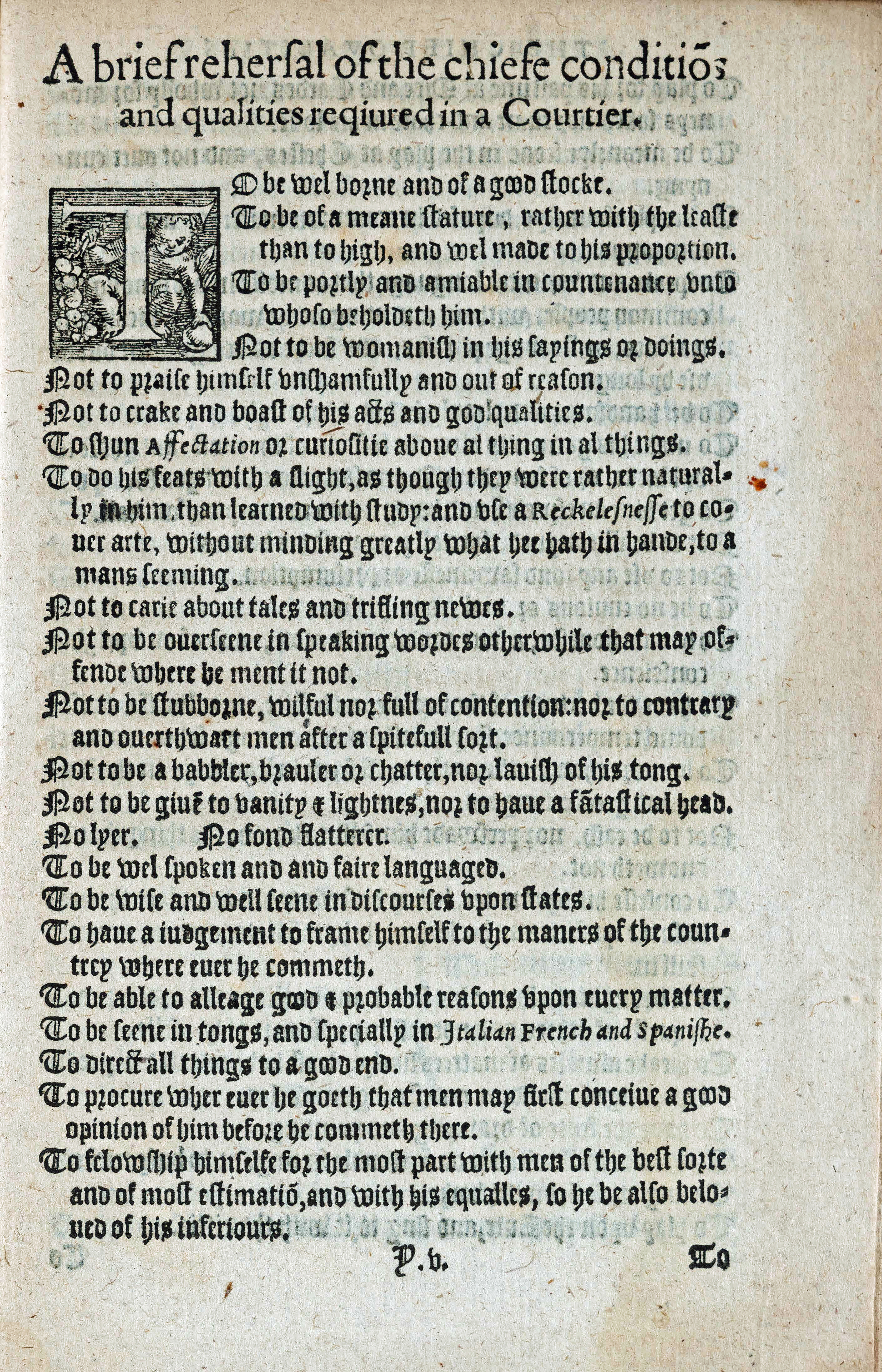 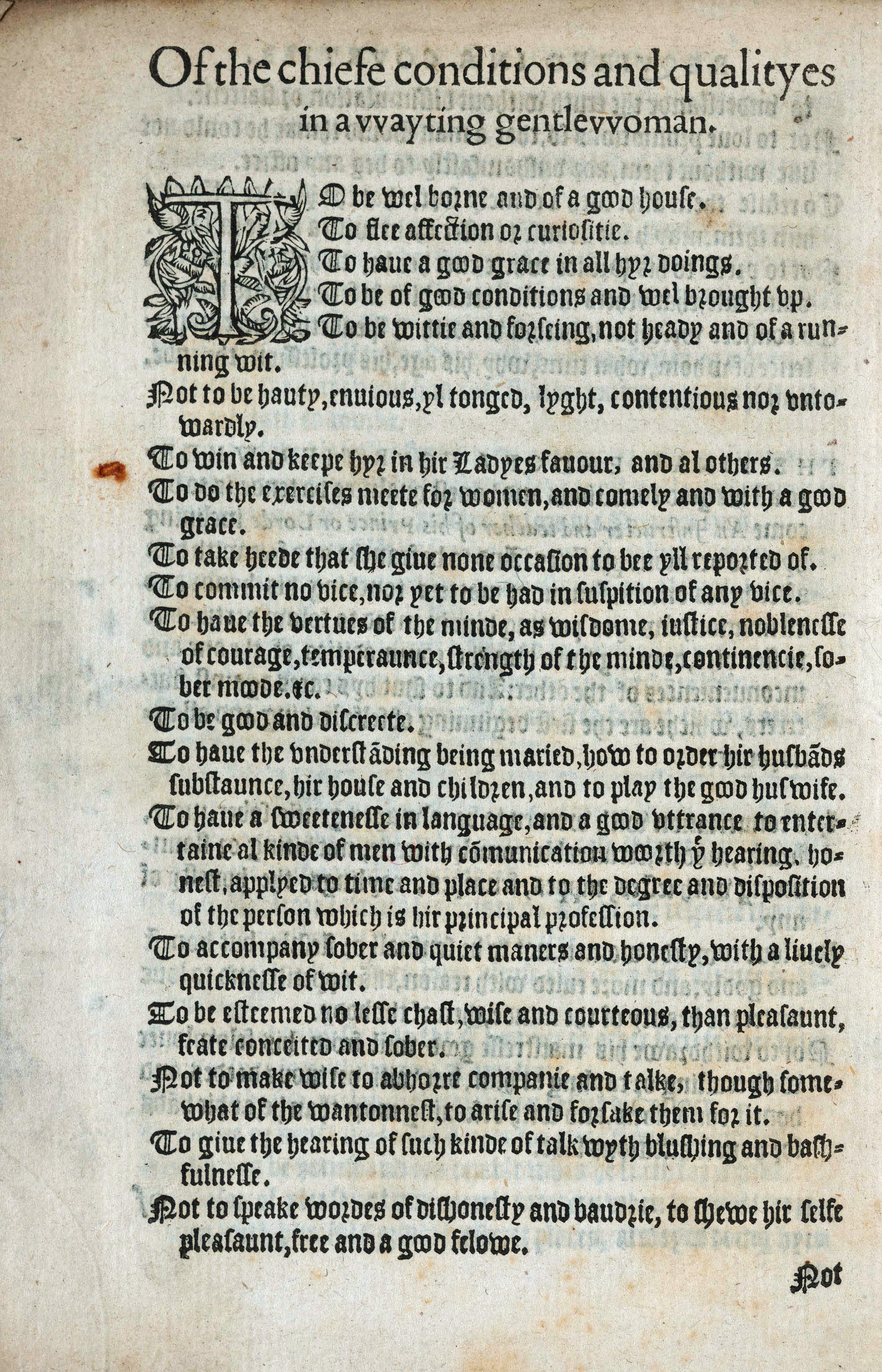 Castiglione's residence at Urbino shaped his thought on the ideal courtier.  Philosophical conversation presided over by Elisabetta Gonzaga, Duchess of Urbino, and her sister-in-law, Emilia Pia, centered on questions of what constituted the perfect courtier or the ideal Renaissance gentleman and woman.  Read a little of his recommendations for courtiers and gentlewomen trying to navigate the challenges of court above.

A full scan of the Rare Books Collection's copy of Castiligione's Courtyer is available here.

Saviolo, His Practice ... The Use of the Rapier and the Dagger 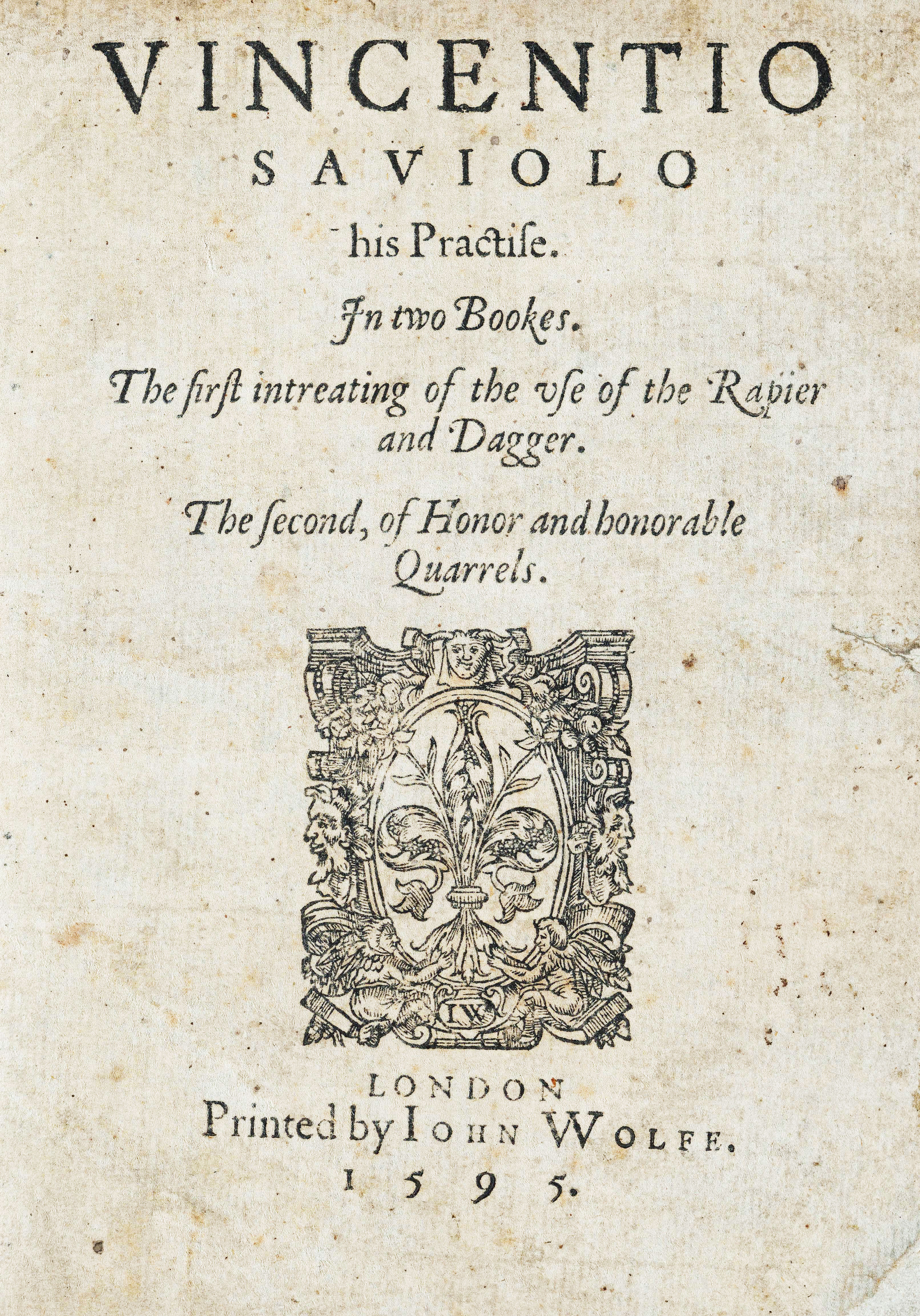 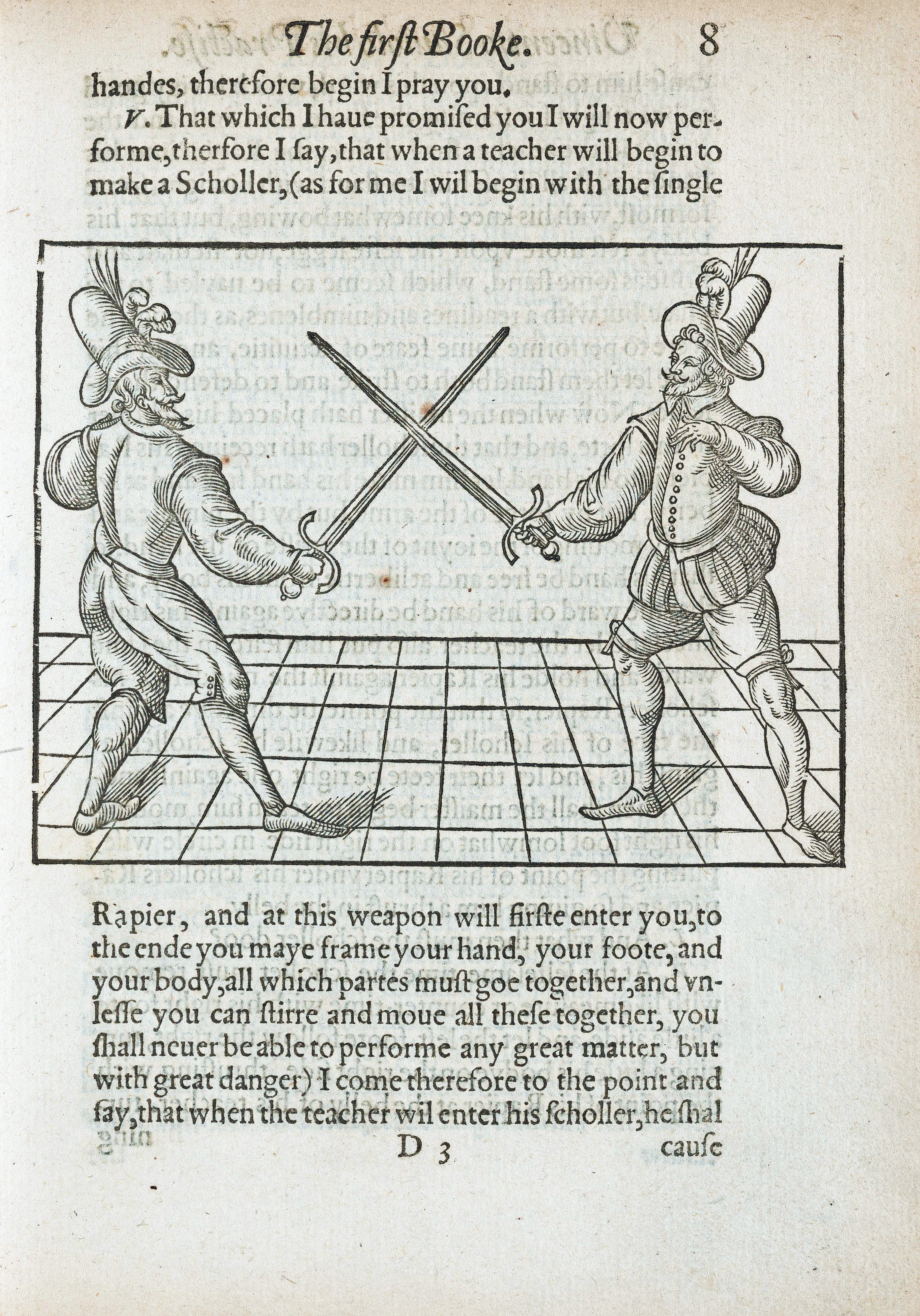 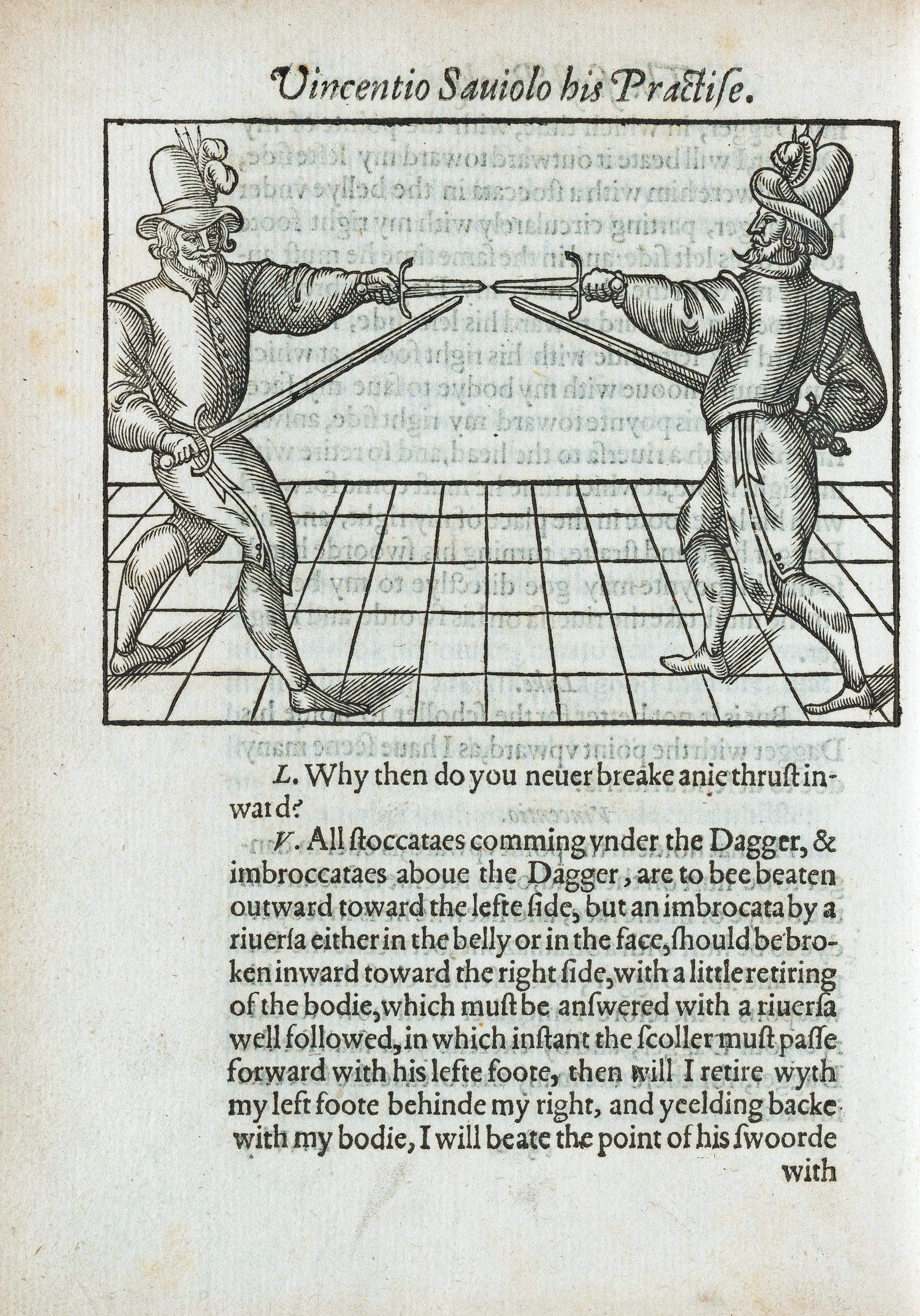 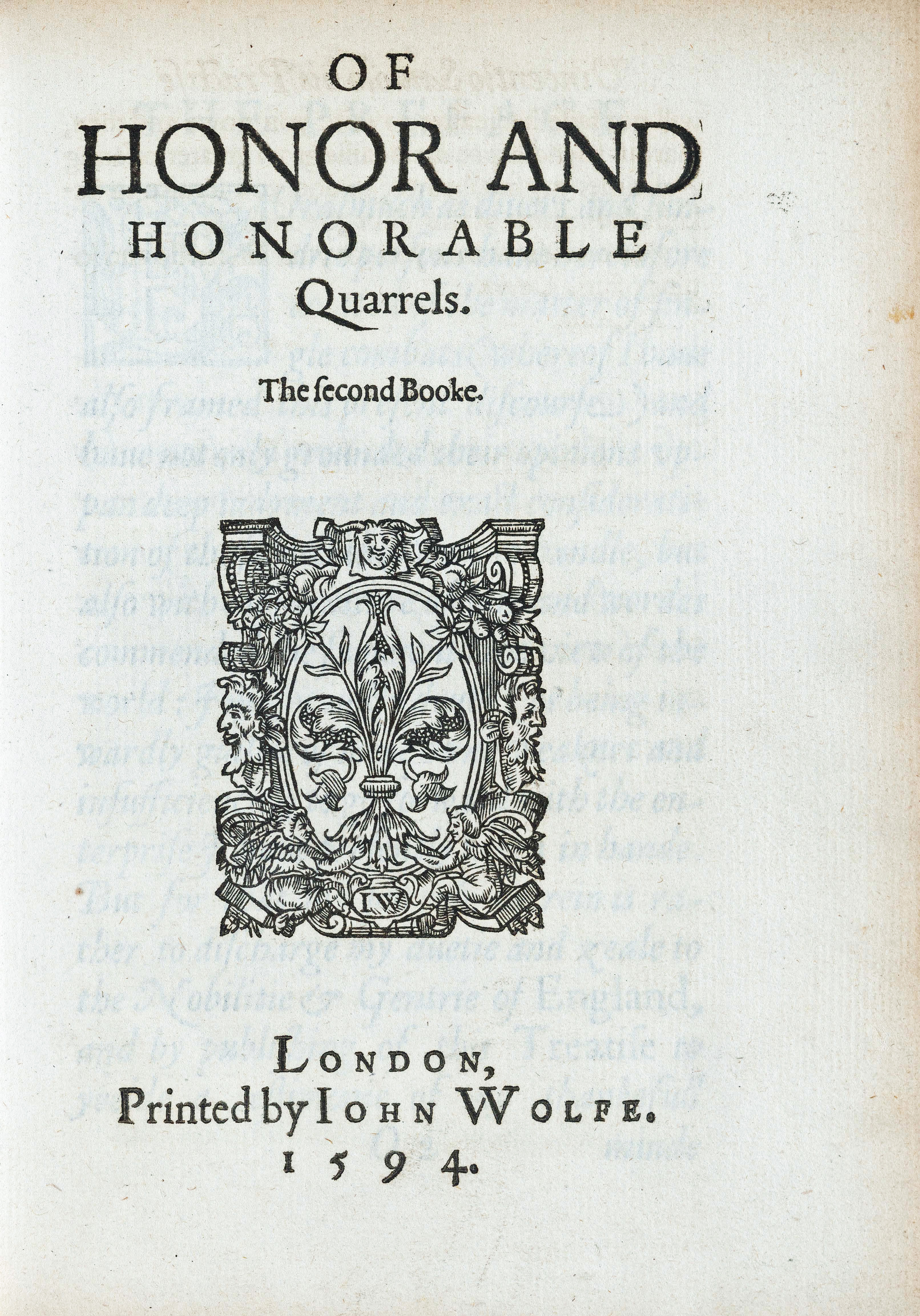 Saviolo’s worked may have influenced Shakespeare.  He described ‘On the manner and diversitie of lies,’ which has been seen a possible source for the seven kinds of lies described by Touchstone in Shakespeare’s ‘As You Like It.’

A full scan of the Rare Books Collection's copy of Vicentio Saviolo's work is available here. 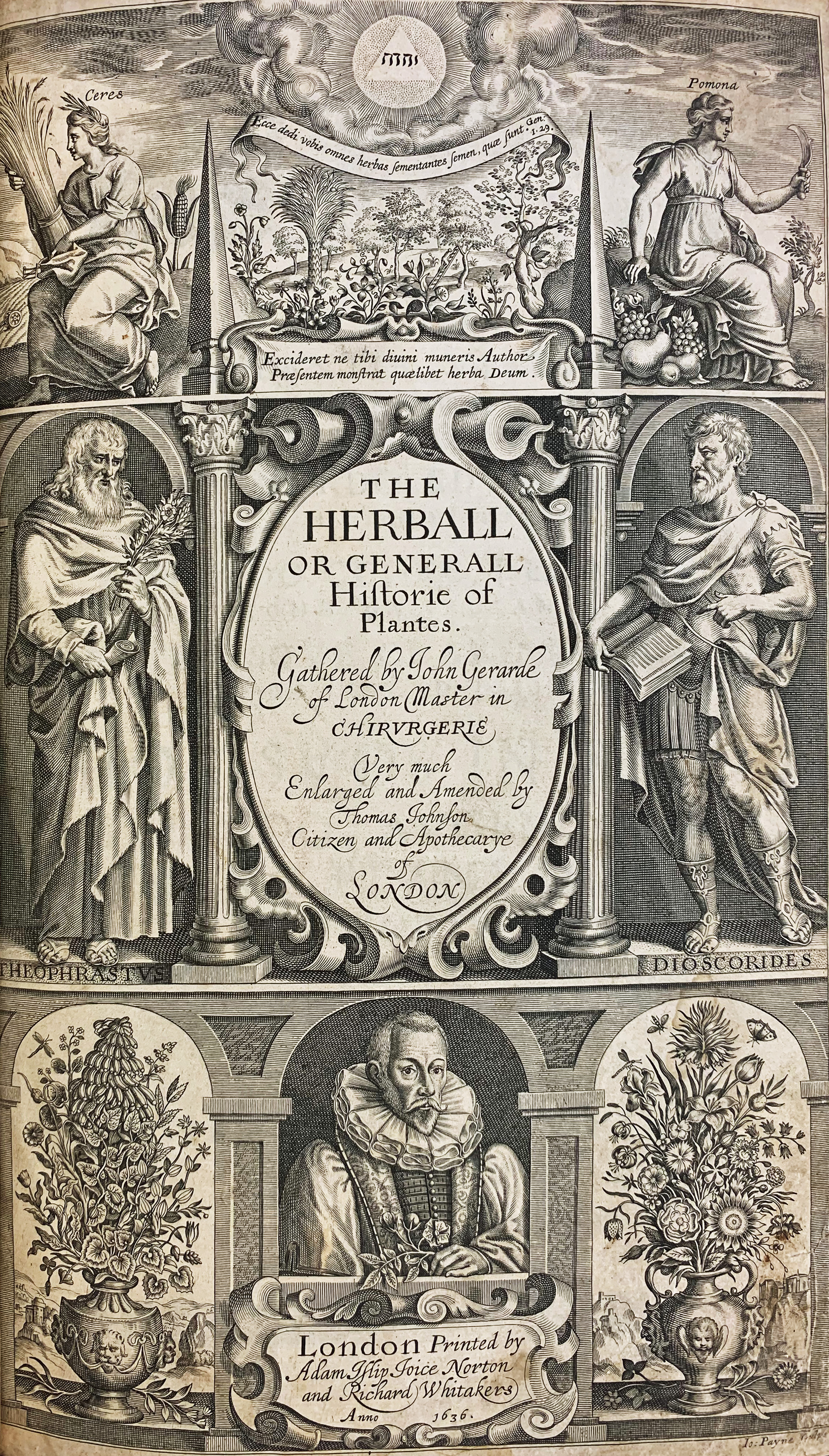 Herbalist John Gerard (c.1545–1612) served as superintendent of the gardens of William Cecil, Lord Burghley in the Strand and as curator for the physic garden owned by the College of Physicians.  Gerard’s Herball, or, Generall Historie of Plants Gathered by John Gerarde of London was dedicated to Lord Burghley.

Writing in 2015, historian Mark Griffith proposed that the dashing figure that appears on the title page of Gerard’s earlier, 1598 edition is none other than a thirty-three-year-old William Shakespeare.  Both Gerard and Shakespeare were indebted to Lord Burghley for their careers and would have moved in the same circles. 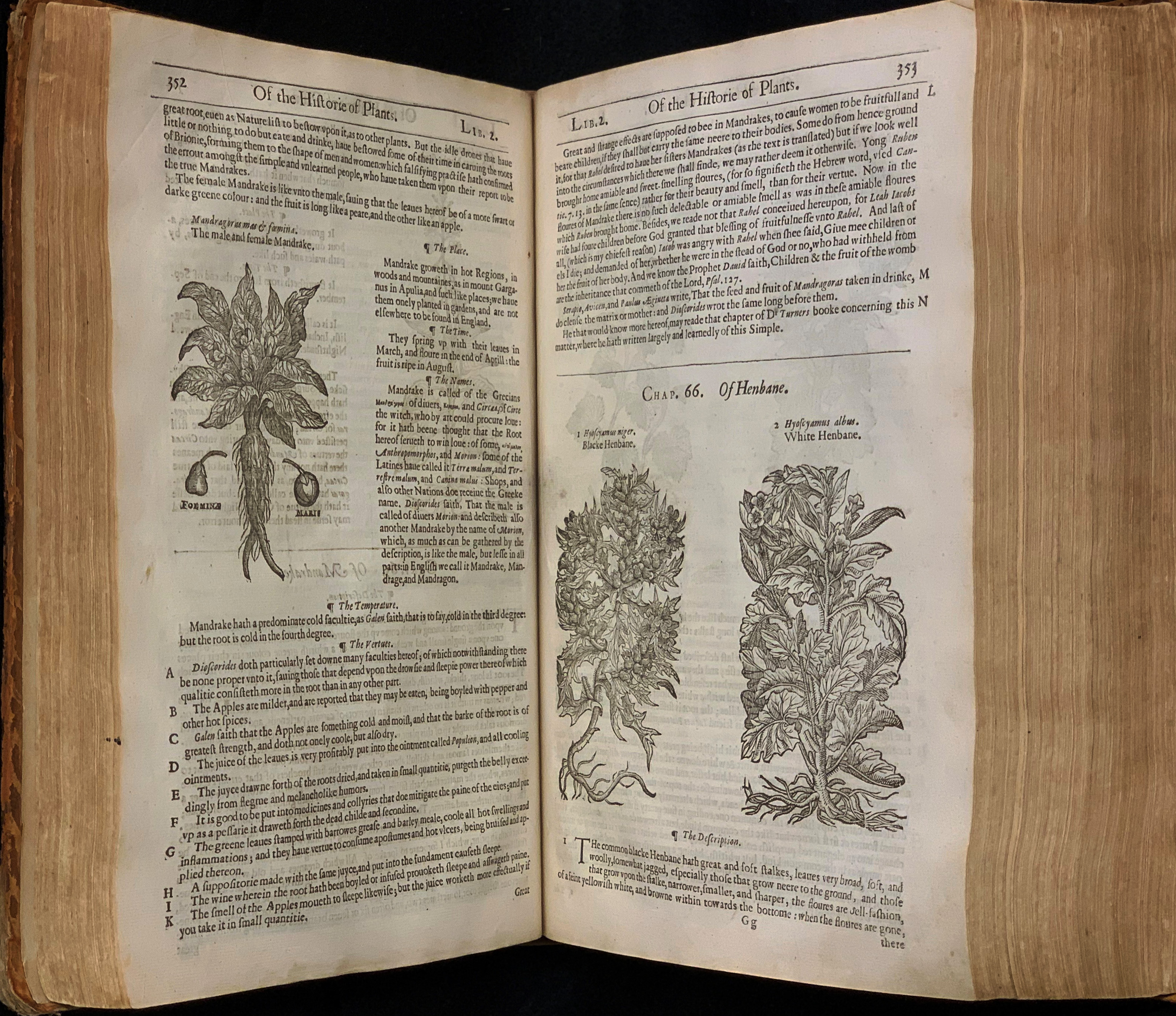 The Rare Books Collection holds both the 1633 and the 1636 editions.  A fully digitized scan of the 1633 edition of Gerard's Herball is available here.

Shakespeare's many references to plants and herbs can be found in the Herball, which includes detailed discussion of the virtues - both real and legendary - of each plant.  The page above is open to the mandrake (left) and Henbane (right).

More commonly known for the plant's screeching properties heard in J.K. Rowling's Harry Potter and the Chamber of Secrets, the mandrake was used by Shakespeare in Othello, Romeo and Juliet, Anthony and Cleopatra, and Henry IV.  The playwright employed henbane as a poison in Hamlet. 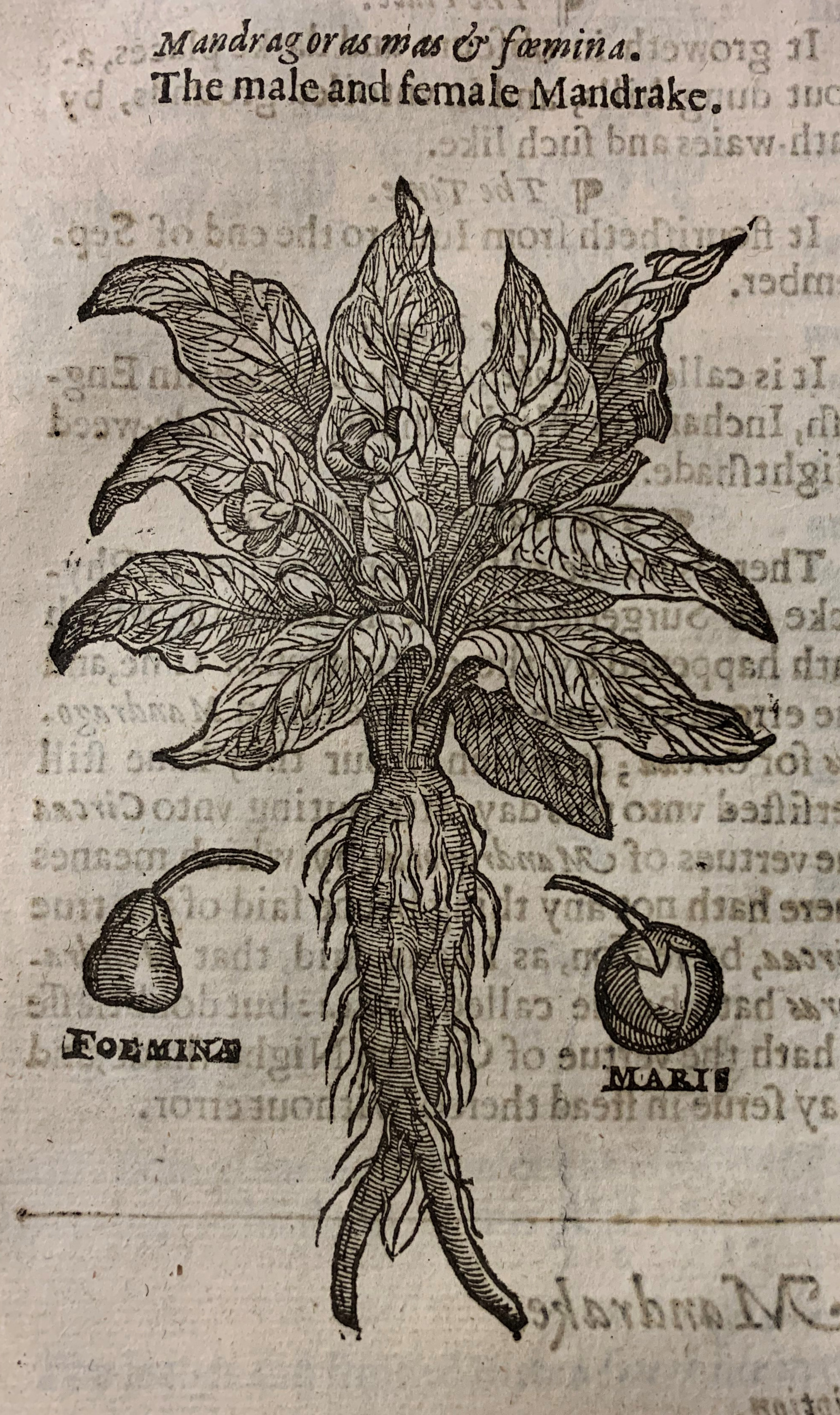