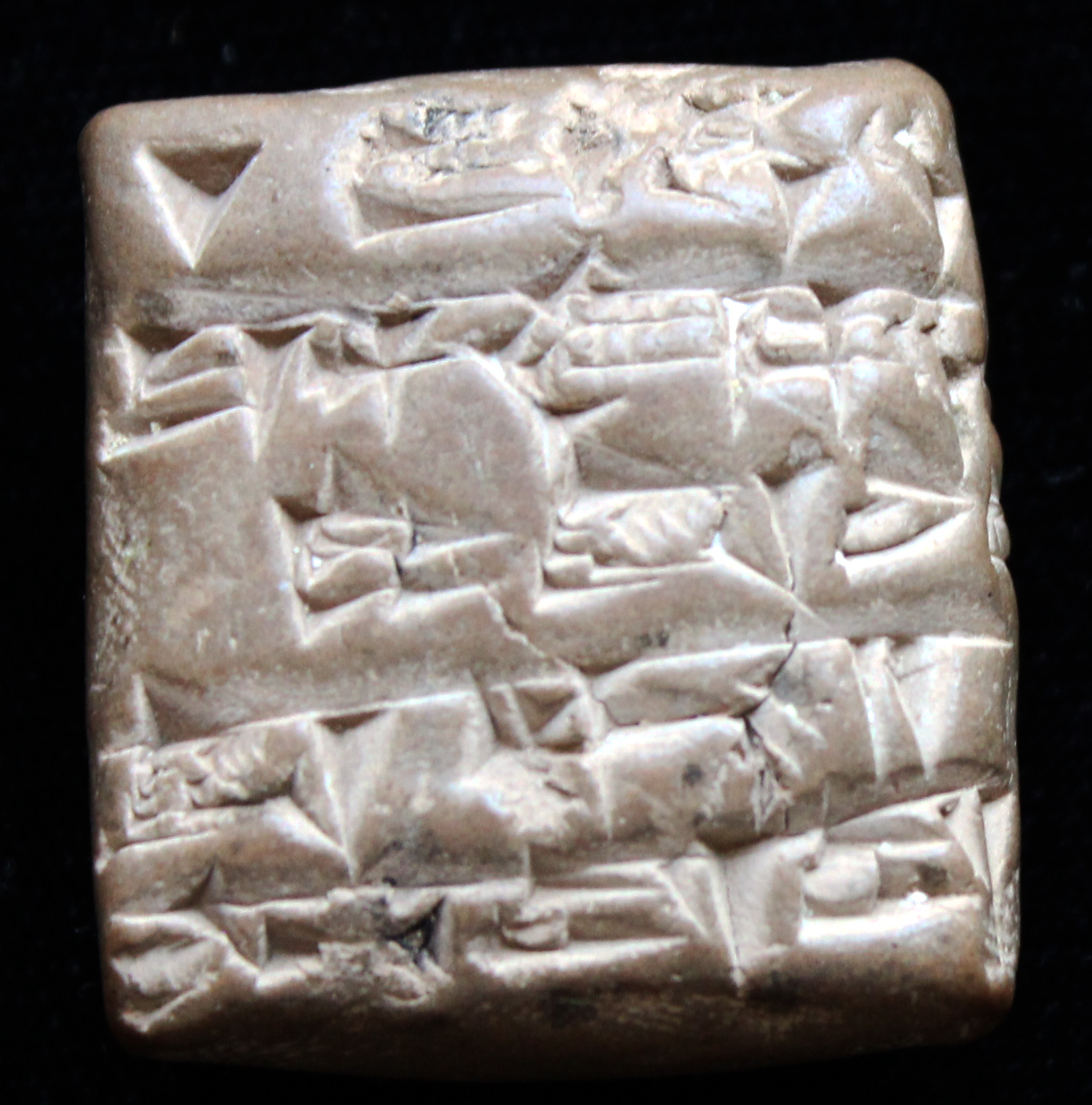 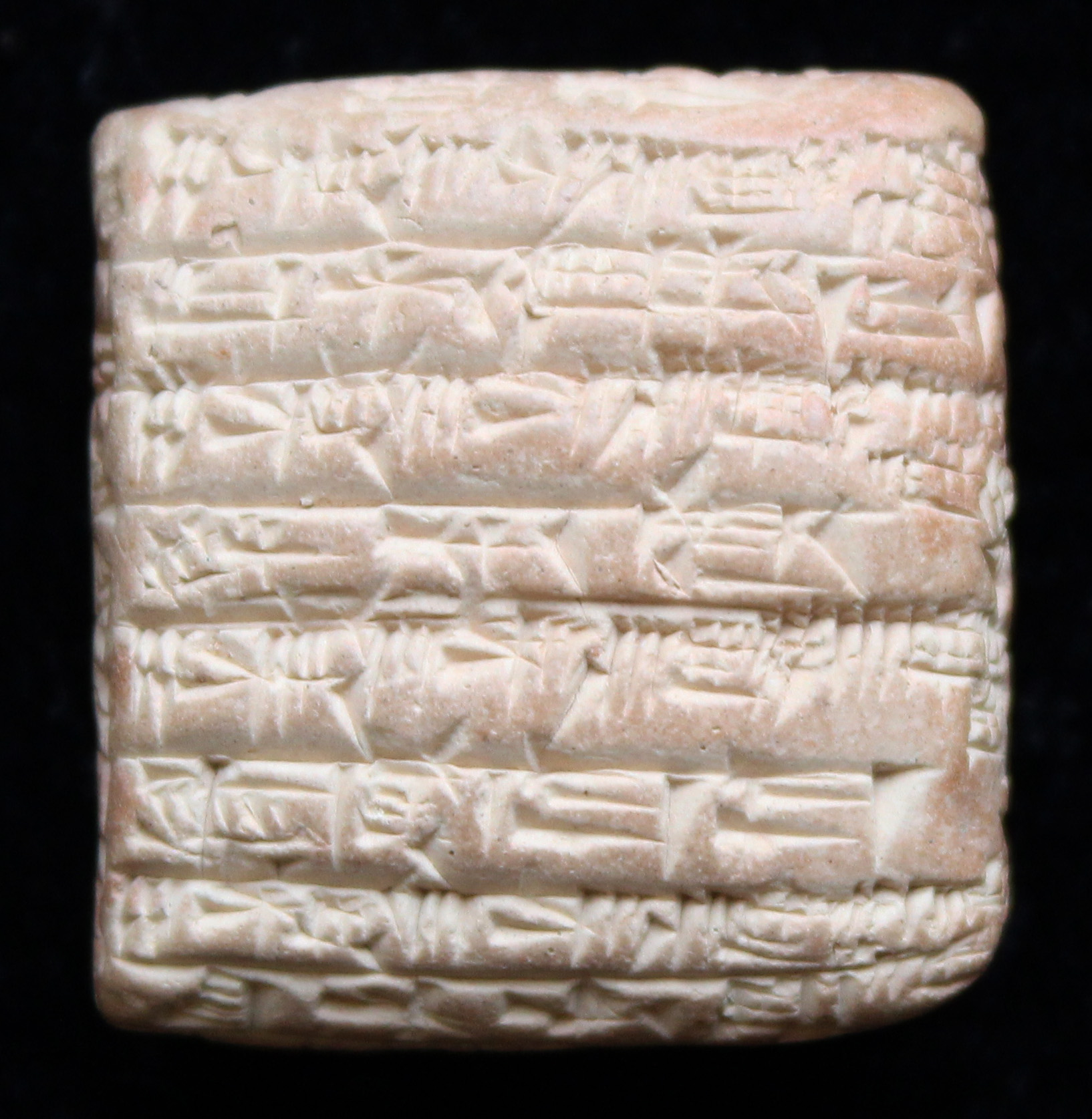 The Roman natural historian Pliny describes the process as one in which the inside of the triangular stalk of the plant would be cut or peeled into long strips, which  were then laid in a grid pattern, dampened, pressed, dried, and polished.  This process created a smooth surface, which would take ink.  As seen by the piece (MS 106) held by Rare Books Collection, which shows a 6th century CE list of books, papyrus tends to become brittle and fragment over time. 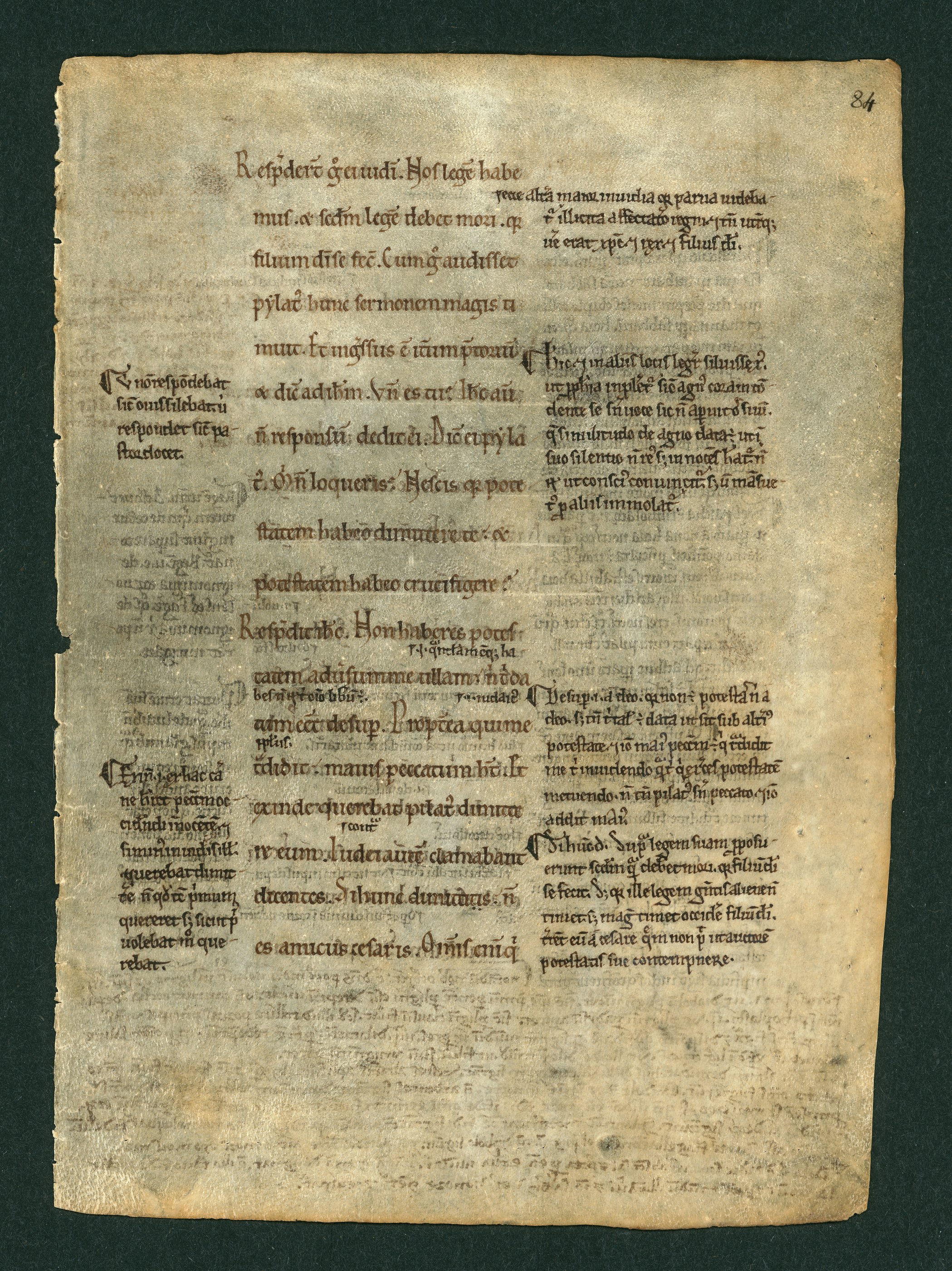 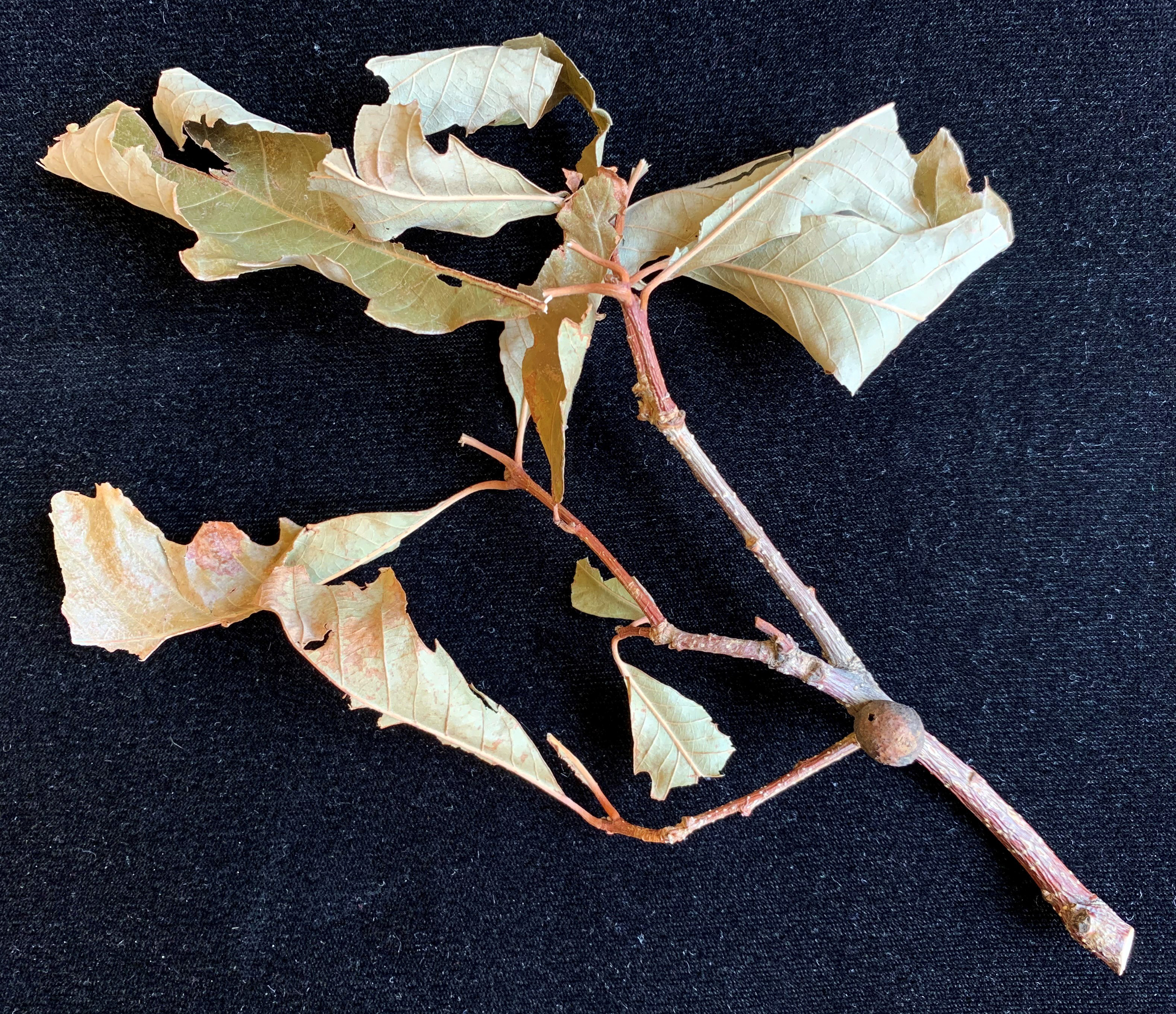 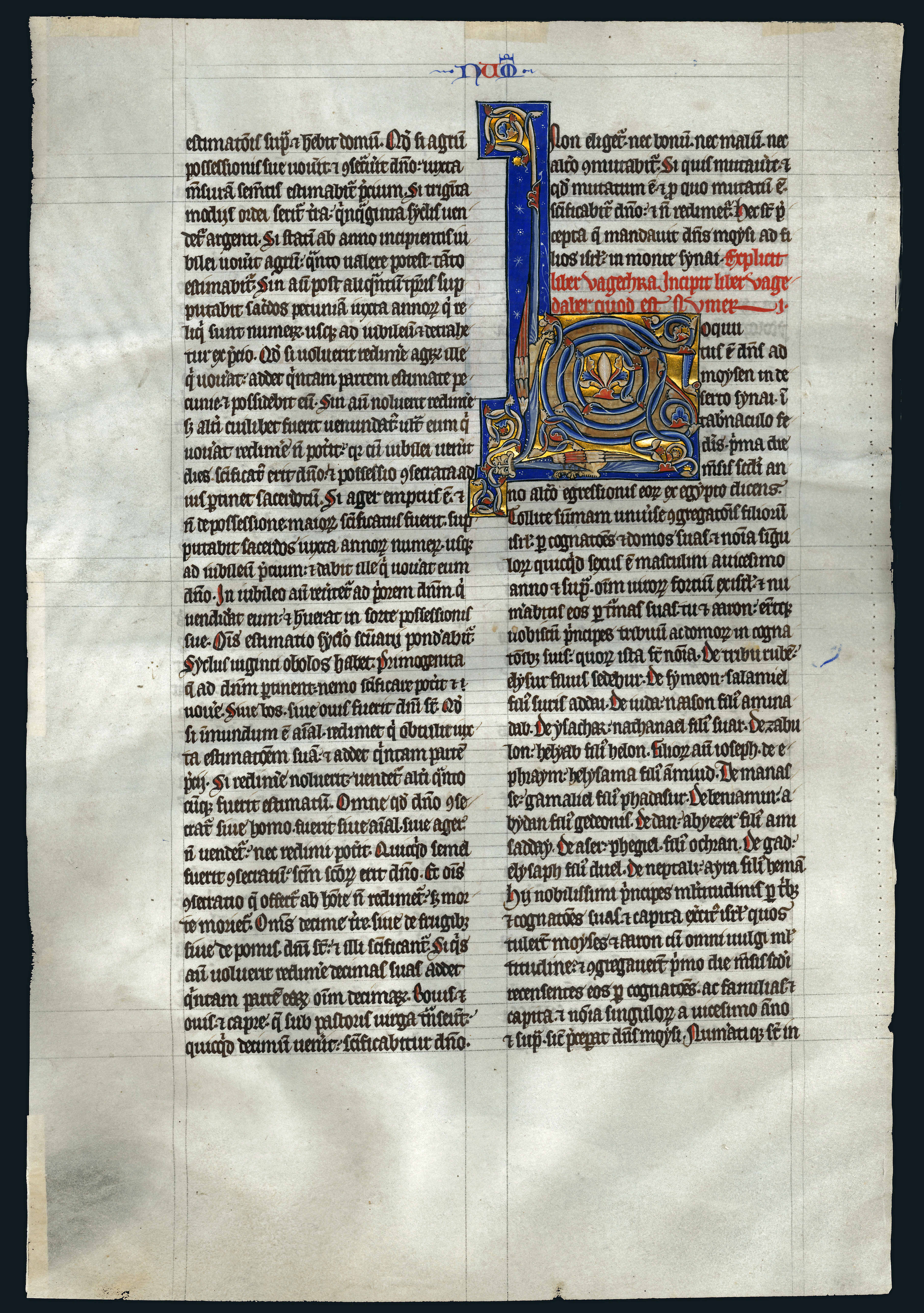 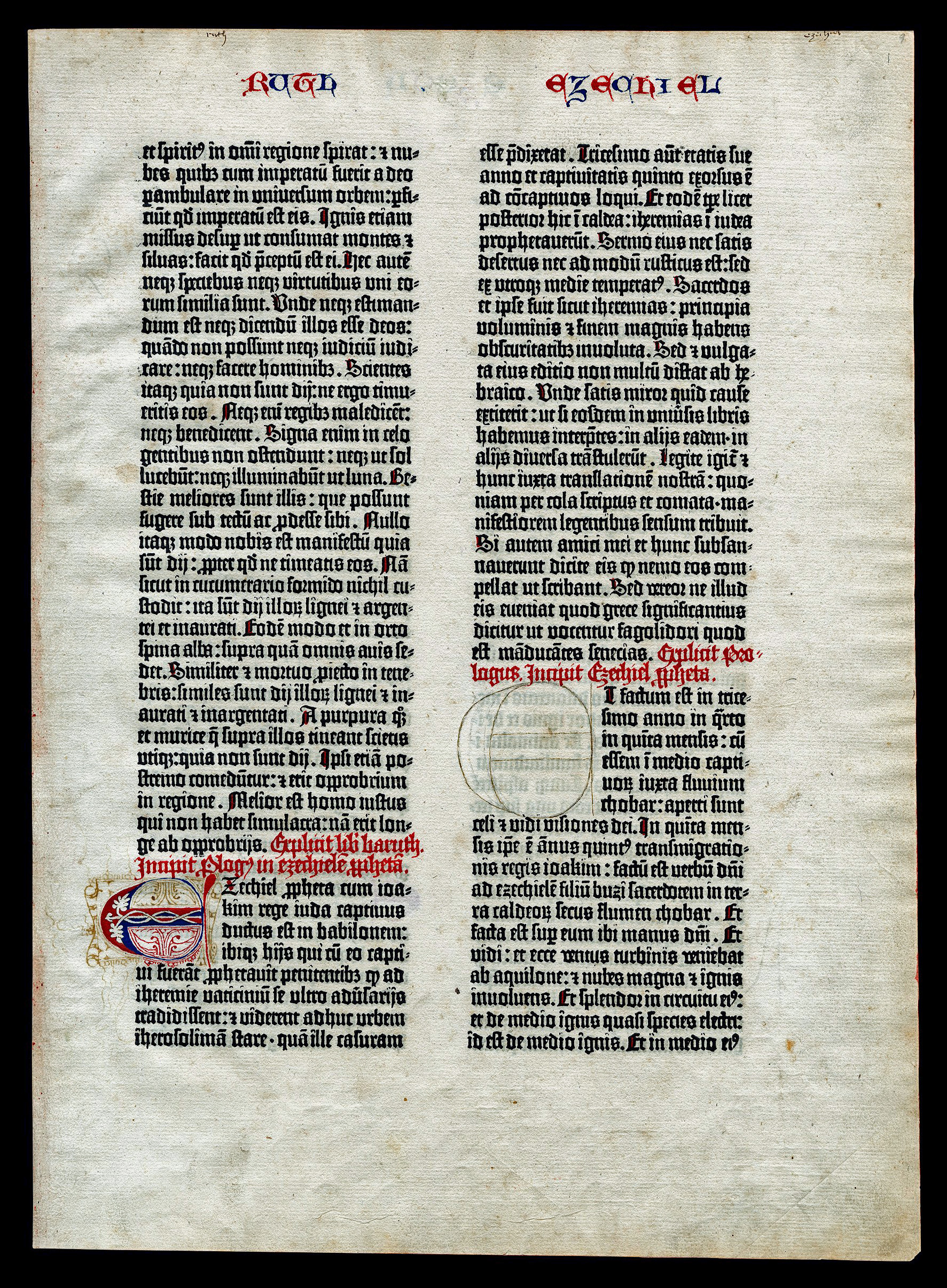 Displayed side-by-side, the two bible leaves shown above - the Rare Books Collection's 'Dragon Leaf' and 'Gutenberg Leaf' - demonstrate the desire by Johannes Gutenberg to produce a product that was both revolutionary in its technology and traditional in its appearance.  the Rare Books Collection's 'Dragon Leaf' on the left was created on vellum, written using oak gall ink, and decorated with gold leaf and lapis in the early 13th century. The 'Gutenberg Leaf' was letterpress printed by Johannes Gutenberg, using the moveable type made of lead, tin, antimony, set on a composing stick (see below), organized onto a galley, and printed on a press fashioned from a design with a screw-type lever similar to that of a wine press. 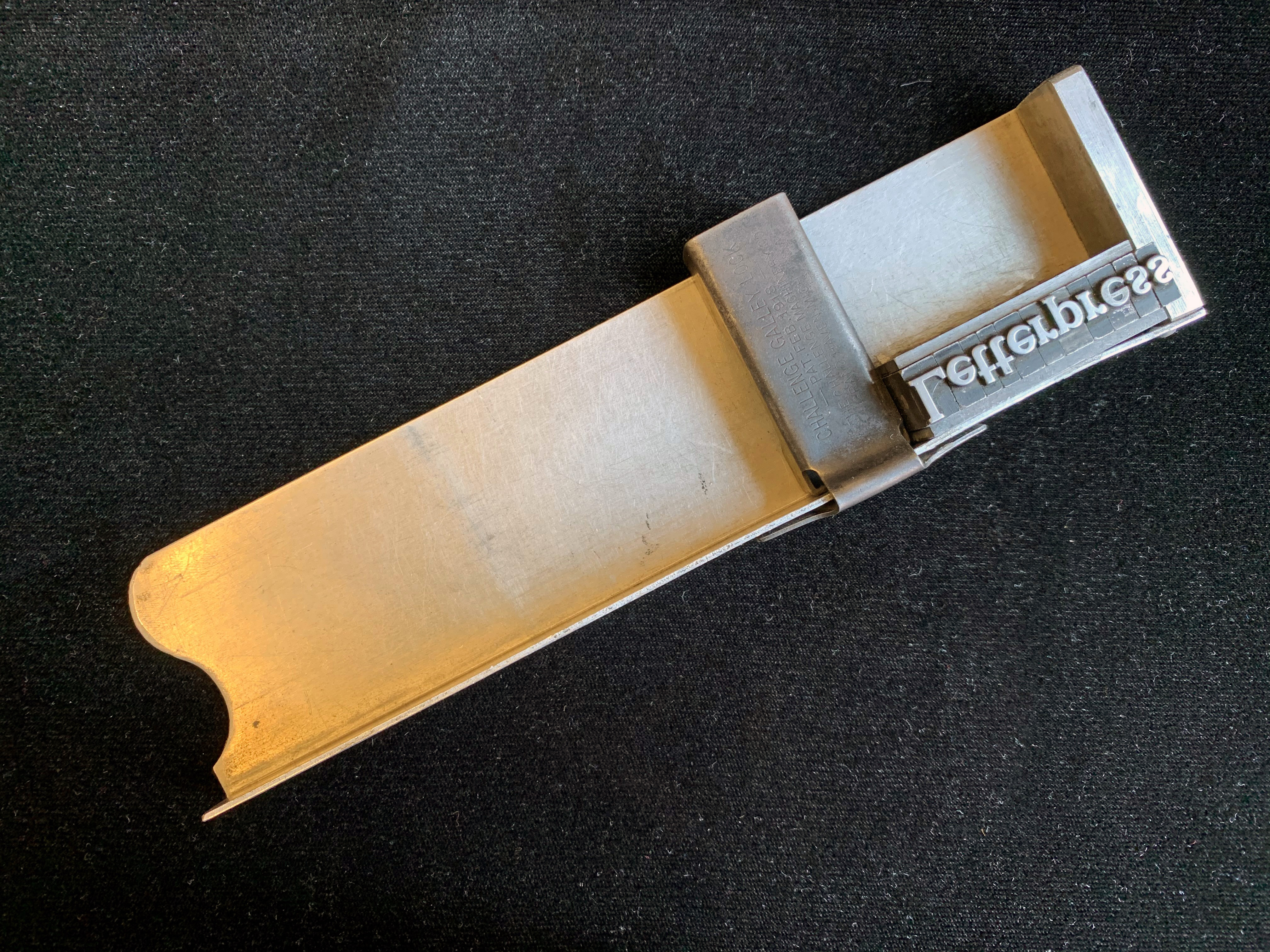