Born in 1564, William Shakespeare was raised in an England that had seen successive Protestant and Catholic Reformations within three short decades.  Beginning with the reign of Elizabeth I in 1559, a hard-fought religious compromise was adopted with the queen's version of a Protestantism that 'looked Catholic' but was in fact doctrinally very Protestant.  Shakespeare's family may have, in fact, remained Catholic during a time in which the practice of the traditional faith was becoming increasingly dangerous.

The works below, most held in the Rare Books Collection, outline religious change in sixteenth-century Europe.

Assertio septem sacramentorum earned Henry VIII the title 'Fidei Defensor' (Defender of the Faith), despite his role just a few years later in breaking from the Roman Church. The Rare Books Collection copy was published in Paris in 1562, a timely reprint as the French Wars of Religion heated up.

John Foxe, Actes and Monuments, [1641?].
View of Windsor Castle, with Anthony Person, Testwood and Filmer being burned alive in a pyre.
British Museum 1613664273

The Rare Books Collection edition of Actes and Monuments, which dates from 1596, was heavily used by the Puritan Samuel Bull family, who carried the volume with them in their emigration from Britain to North America.  Many woodcuts are partially damaged and the volume is lacking substantial portions of the beginning and the end.

For select hand-colored woodcuts from of Foxes' Actes and Monuments, see the University of Cambridge Digital Library. 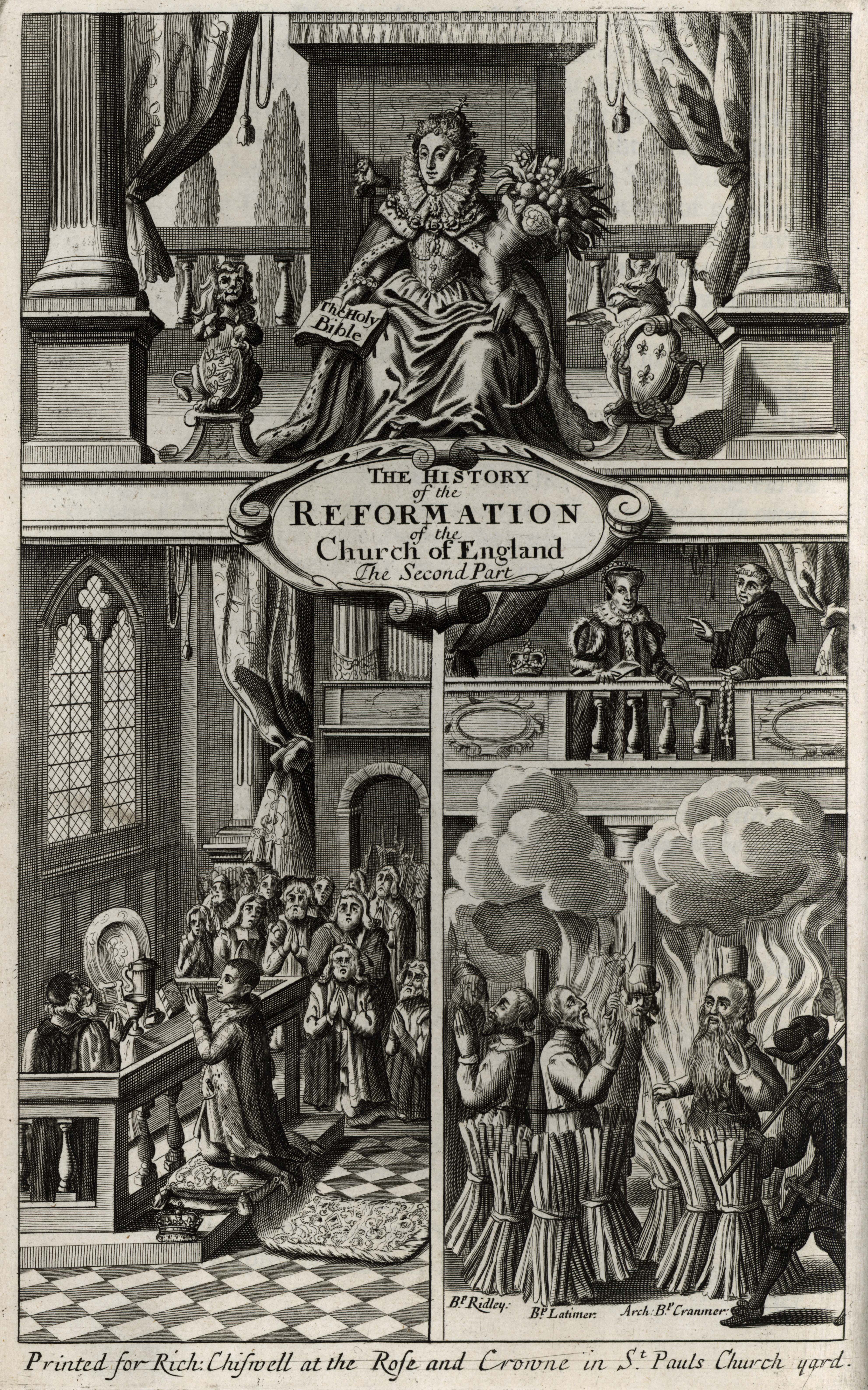 Writing in the mid-seventeenth century, William Dugdale described the roots of the English Civil War (1642-1651) as originating in the English Reformation of the preceding century.  Here, Elizabeth I's moderate approach has taken the place of the implementation of more extreme measures in religion adopted under her predecessors and half-siblings, Edward II (Protestant) and Mary I (Catholic).  This link will take you to a full text edition published by Early English Books Online (you may need to login with identikey and password.