A guide for understanding the history of western science using original materials found in CU's Rare and Distinctive Collections..

The 1800s was a century of innovation and industrialization in Western Europe and the United States. The number of inventions and patents for new technologies rapidly increased. These new technologies had a major impact on people's day-to-day lives, be they on the production or consumption side. For consumers, consider an upper-class American household. In 1800, it was likely rural and agricultural. Transportation was by horse or (non-motorized) boat. By 1900, that same household had access to electricity, coal, telephones, trains, steamships, trolleys, and bicycles. Cars were just beginning to hit the market.

At the same time, new inventions had devastating effects on slaves and workers. The cotton gin, for example, jumpstarted a particularly ruthless phase of American slavery, turning it into the biggest business operation of the 1800s. Other technologies pushed many lower class workers and children into factories with harsh working conditions and little oversight. As cities boomed, so did issues related to pollution and overcrowding.

The nineteenth century witnessed multiple important societal shifts in Western Europe and the United States that slowly pulled the sciences into the mainstream and helped popularize its many new discoveries. With the slow creation of a working class, education and literacy greatly increased over the course of the century, book prices decreased with new innovations in printing and materials, and texts related to the sciences (textbooks, popular scientific texts, and even science fiction) became increasingly popular. Science also increasingly appeared in newspapers and magazines. Science even questioned fundamental assumptions about humans and their relationship with the world and the living things around them. Explore the topics below for more information.

The Cotton Gin and Slavery 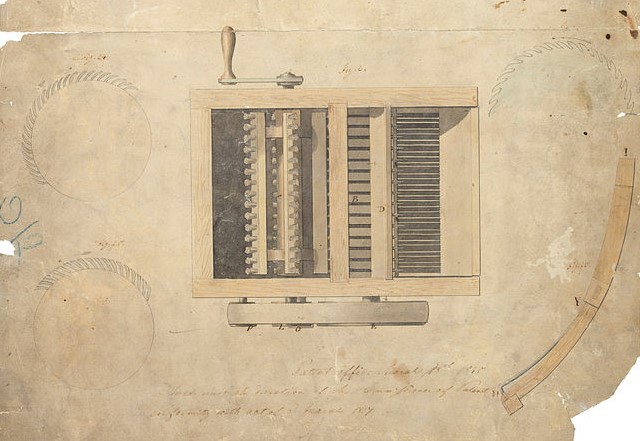 Eli Whitney patented the mechanical Cotton Gin in 1794. This invention quickly revolutionized cotton production and increased demand for workers, causing a major boom in slavery in the American south. Consider listening to the following podcast, from the series 1619, about the creation of capitalism under American slavery: Episode 2: The Economy that Slavery Built

The CU Boulder Libraries Rare Books Collection holds many chilling slavery-related documents. These documents highlight the commodification of human beings, particularly during the nineteenth century, when inventions like the Cotton Gin had greatly increased demand (and prices) for black slaves.

Spreading Science to the Masses

Although often excluded from formal science, women  made major marks on science in the 1800s by authoring textbooks and articles that reached large audiences. For example, the extremely popular introductory textbook Conversations on Chemistry, written by Janet Marcet in the early 1800s, went through 16 editions during her lifetime! See the video below for more on Marcet.

On The Origin of Species

As biologists of the 1700s and 1800s worked closely to identify and classify the vast number of plant and animal species around the world, they began to realize the complex relationships between them. Scientists in the late 1700s and early 1800s, such as Georges-Louis Leclerc (Comte de Buffon), Erasmus Darwin, and Jean-Baptiste Lamarck published ideas about how many related species may have changed over time.

It is no accident that both Charles Darwin and Alfred Russel Wallace both came up with the theory of evolution independently in the 1840s and 1850s; their careful observation of related species (particularly island species), as well as reading the works of other biologists, led them to such a discovery.

In 1858, Wallace and Darwin jointly presented and then published their theories in an article. However, Darwin, who had been writing on his theory for years but had hesitated to make it public, finally decided to publish the book On the Origin of Species by Means of Natural Selection in 1859. The first print run consisted of only 1250 copies and CU is lucky to have two copies of this first print run. The book only includes one figure, a basic evolutionary tree. See the link to a digitized copy below. 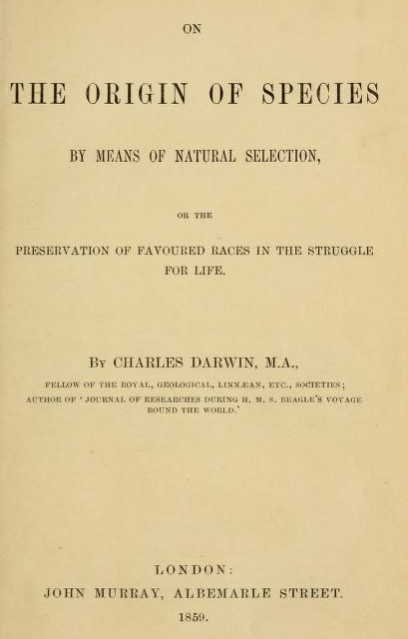 Charles Darwin, On the Origin of Species by Natural Selection (1859)

The term "Second Industrial Revolution" is often used to describe the flurry of invention that occurred between about 1870 and 1914 (the start of World War I). Many of you are familiar with this period, which included the "electrification" of many major western cities following inventions of Edison, Westinghouse, and Tesla. This period also brought revolutions in transportation, with major expansions of railroads and the creation of modern bicycles and early automobiles. Examine the sources below to get a glimpse into what this period was like.