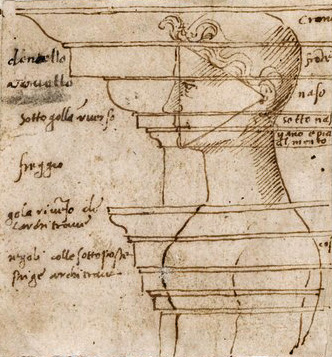 Vitruvius served as a military engineer, architect, and theoretician under Caesar Augustus in the first century BCE.  His Ten Books on Architecture (de Architectura), written roughly 20-30 BCE, focused on the following themes:  firmitas (strength), utilitas (functionality), and venustas (beauty).  Although critical to architectural theory for over two millennia, Vitruvius' ten books were rooted in the experiential knowledge of craftsmanship, with engineering and the materials of building a focus in eight of the ten books.  Most familiar to modern readers are Vitruvius' renditions of the Greek, Etruscan, and Roman architectural orders: Doric, Tuscan, Ionic, Corinthian, and Composite.

The only work on architecture to survive antiquity, de Architectura was lost for much of the Middle Ages before being rediscovered by Poggio Braccolini (secretary to one of three contenders for the papacy during the Council of Constance) in 1416/17 in the library of the monastery of St. Gall.  The rediscovered theoretical and practical work of Vitruvius proved to be highly influential among Renaissance and modern architects.  To name only a few, Leonardo da Vinci, Francisco di Giorgio Martini, Sebastiano Serlio, Andrea Palladio, and Thomas Jefferson, incorporated both Vitruvian design and theory that built on the relationship between the human form and the built environment.

The British Library holds an early manuscript of Vitruvius' treatise, which may have been copied at the scriptorium associated with the court of Charlemagne and which may have served as the source for later manuscripts.

A fully digitized, searchable copy of this French edition is available through the Internet Archive. 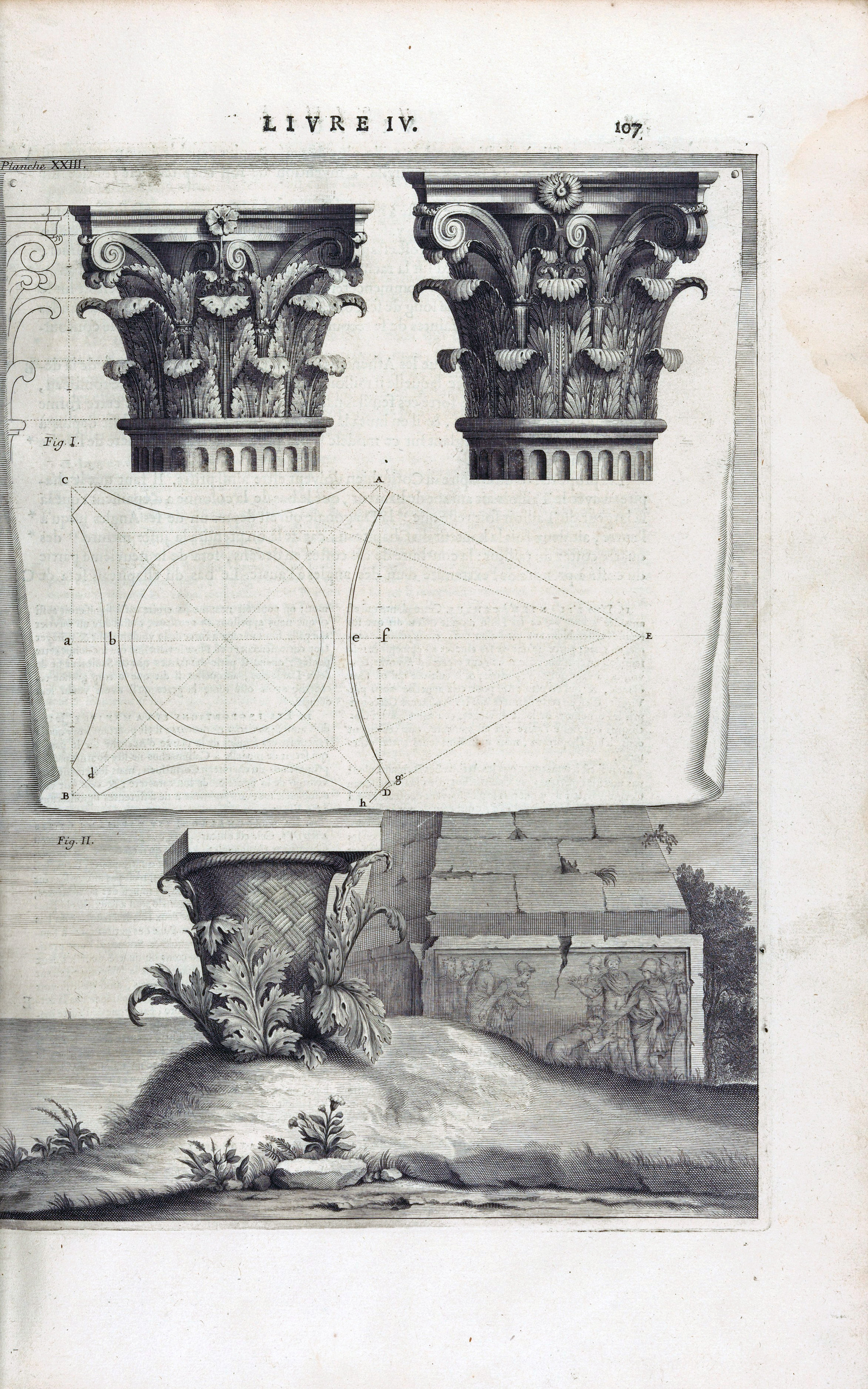 Special Collections holds early printed editions of the work of Sebastiano Serlio (Terzo libro di Sabastiano Serlio Bolognese) and Andrea Palladio (The First Book of Architecture), both of which are featured below.

Access Sebastiano Serlio's work at the Avery Architectural and Fine Arts Library, Columbia University (The Digital Serlio Project), which features his manuscripts and published editions as well as essays on his work. 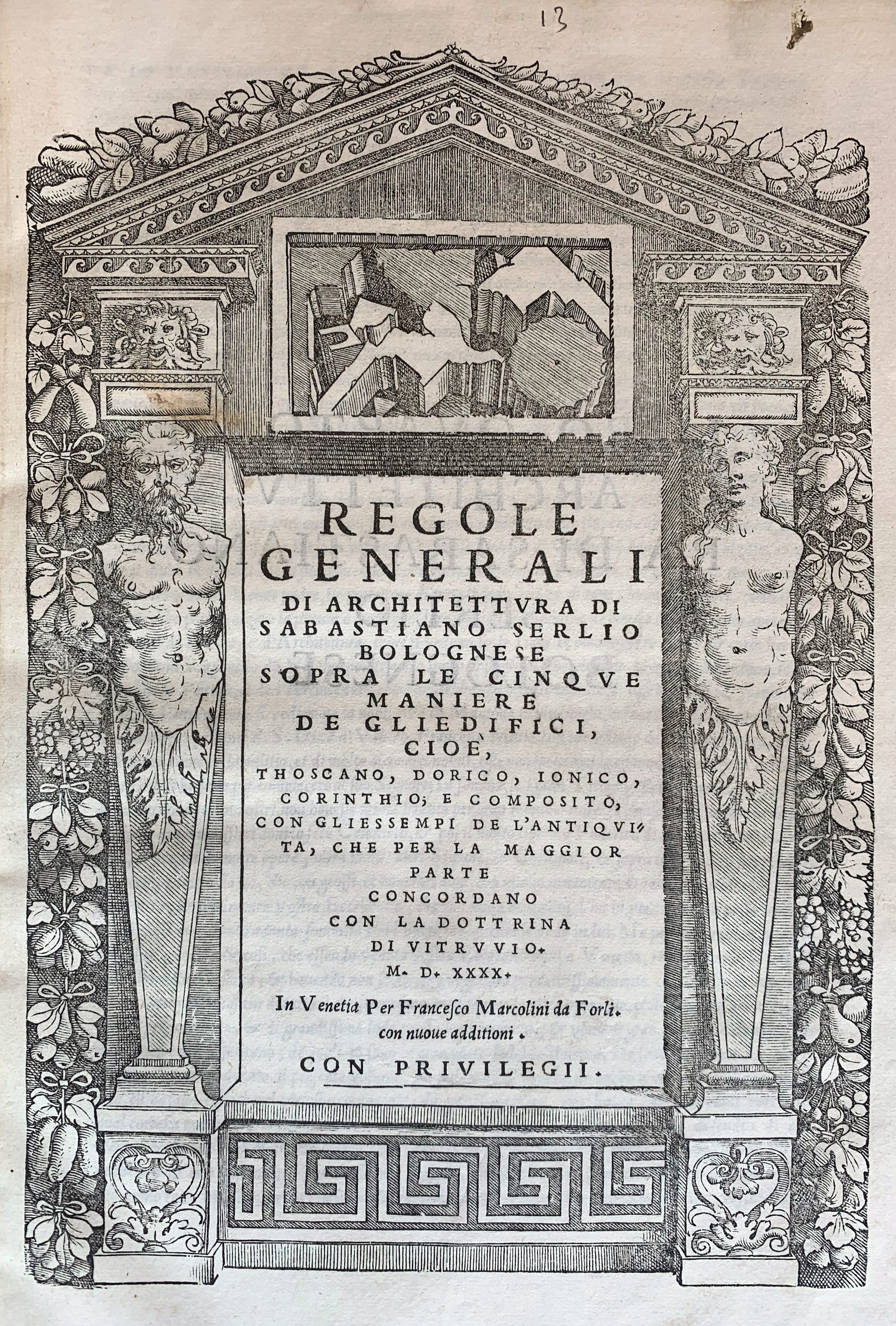 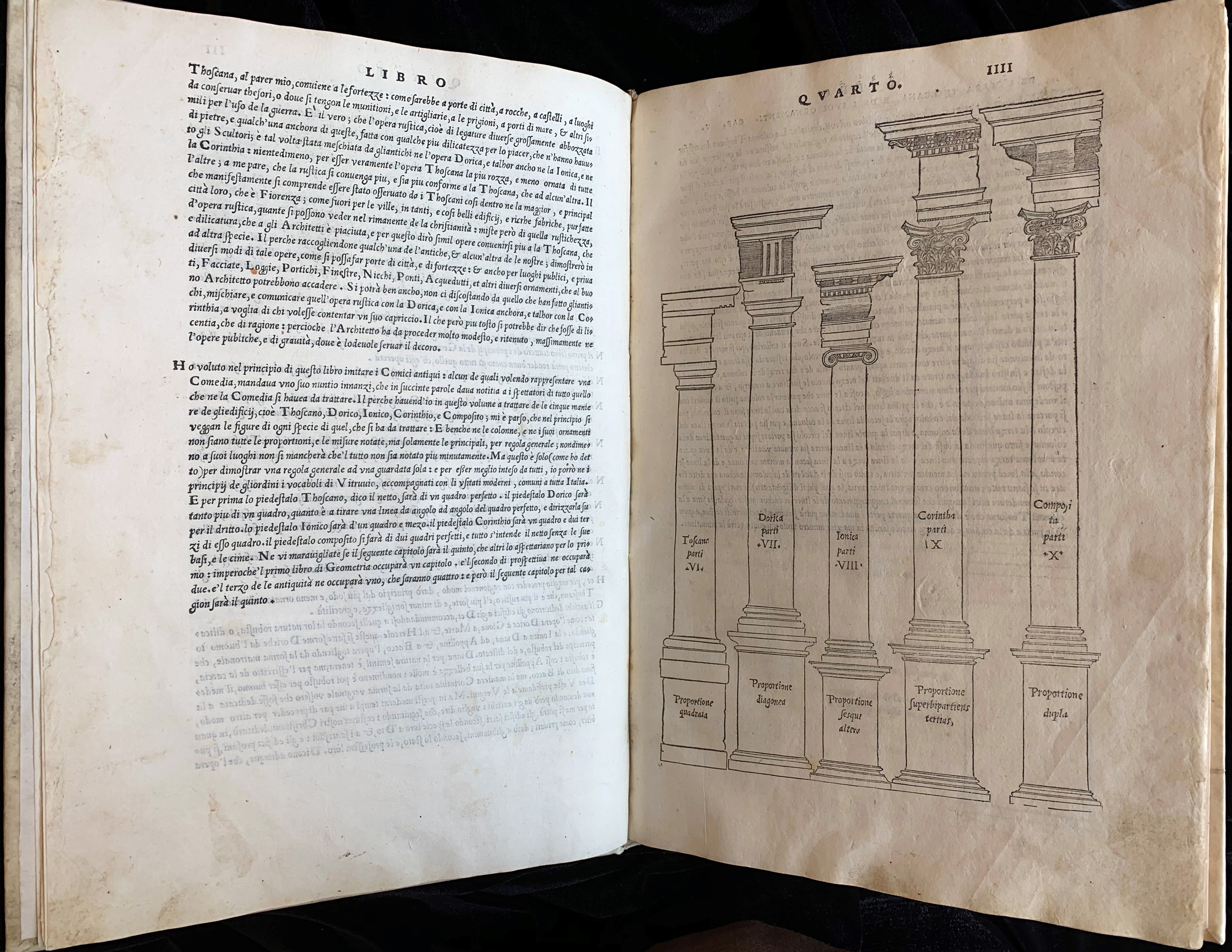 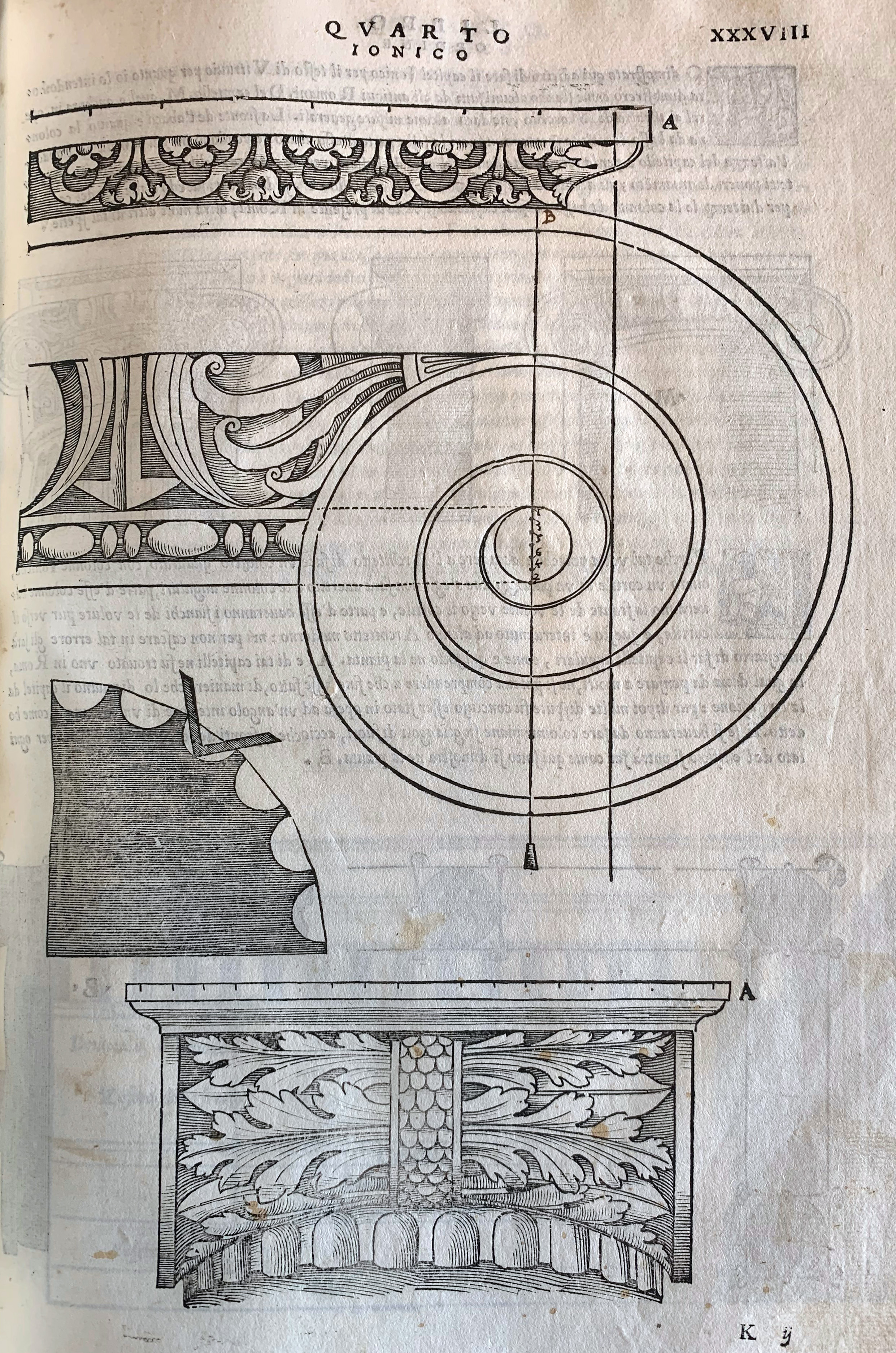 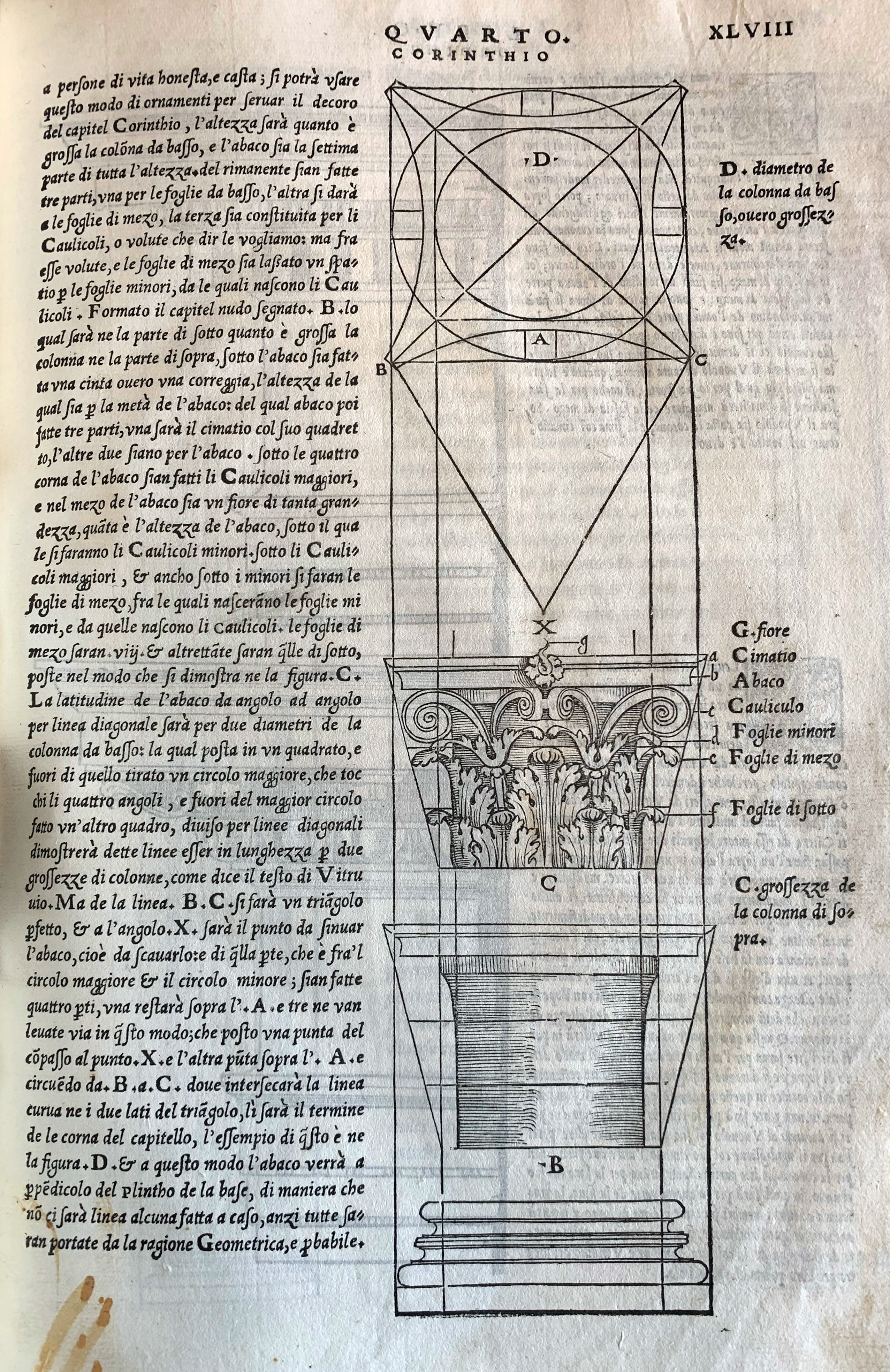 Andrea Palladio's First Book of Architecture (this first English edition was published by Godfrey Richards in 1663) features an engraved title page, with a muse holding a dividing compass and detailed architectural plans. 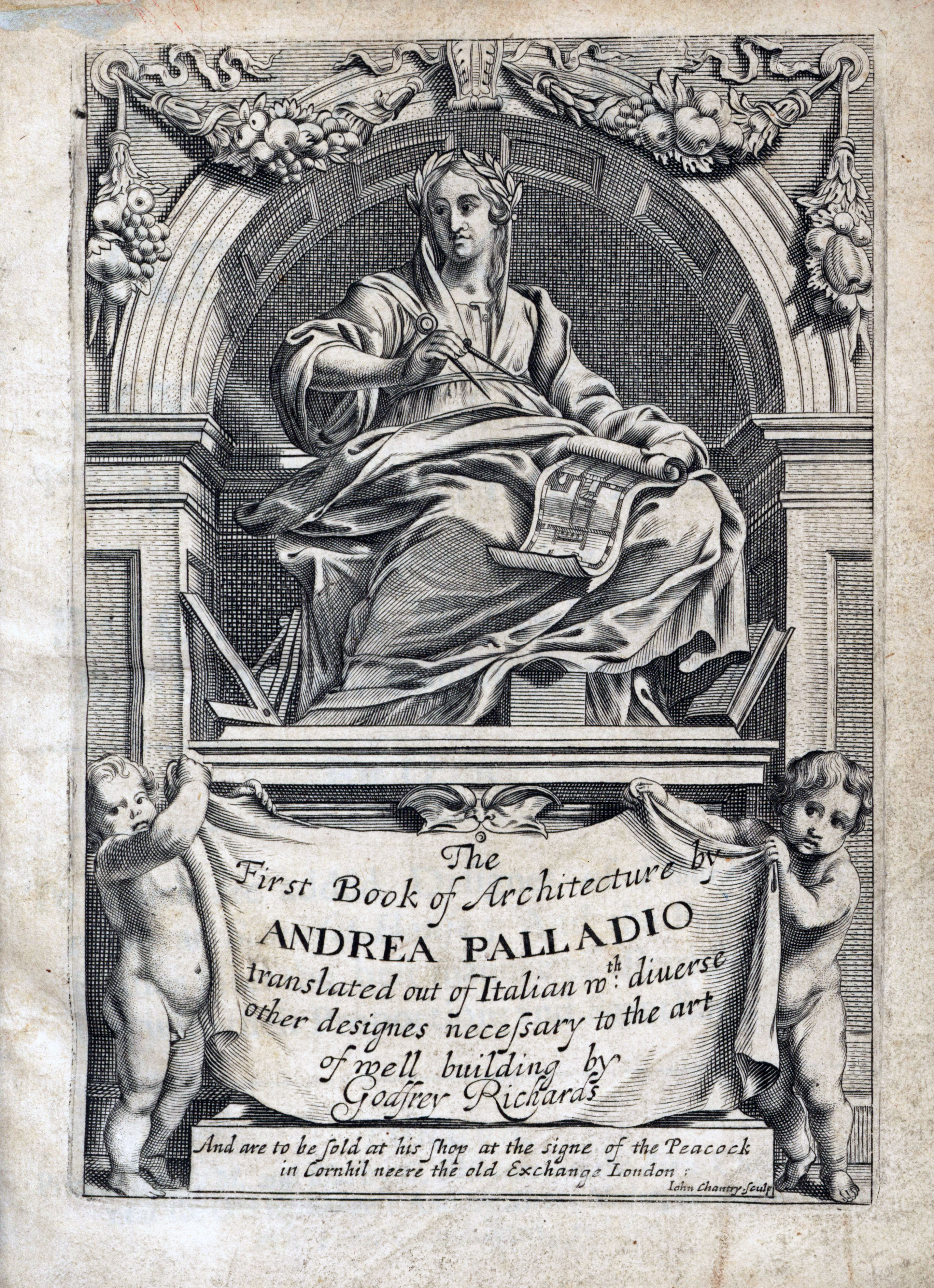