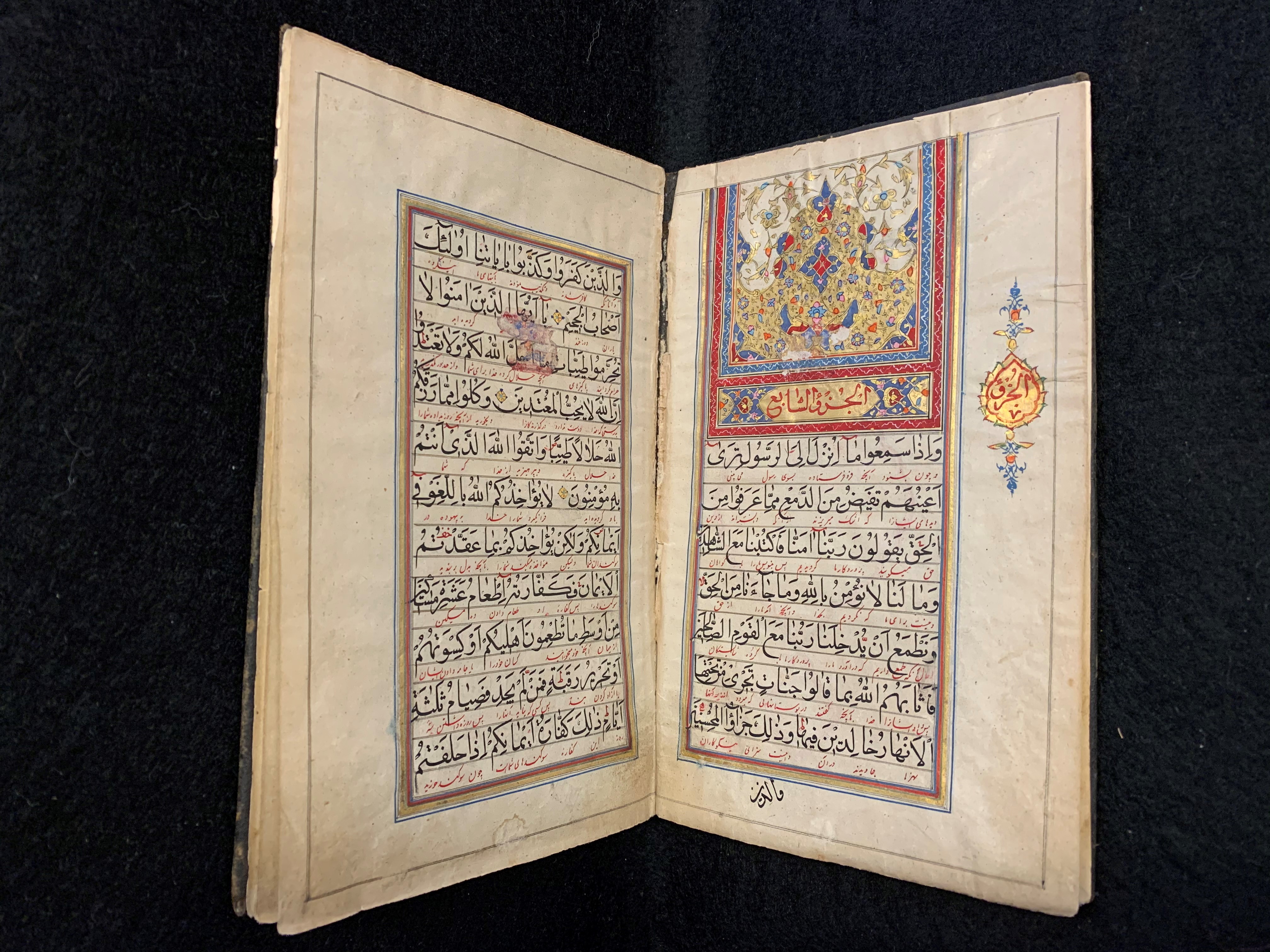 This single hand-written surah, or chapter, of the Qur'an dates from roughly 1500.  It is unusual both because it is a bound, single chapter as opposed to the full Qur'an but also because it features both Arabic (the black script) and Persian (the red script).

The Works of Katibi of Nishapur 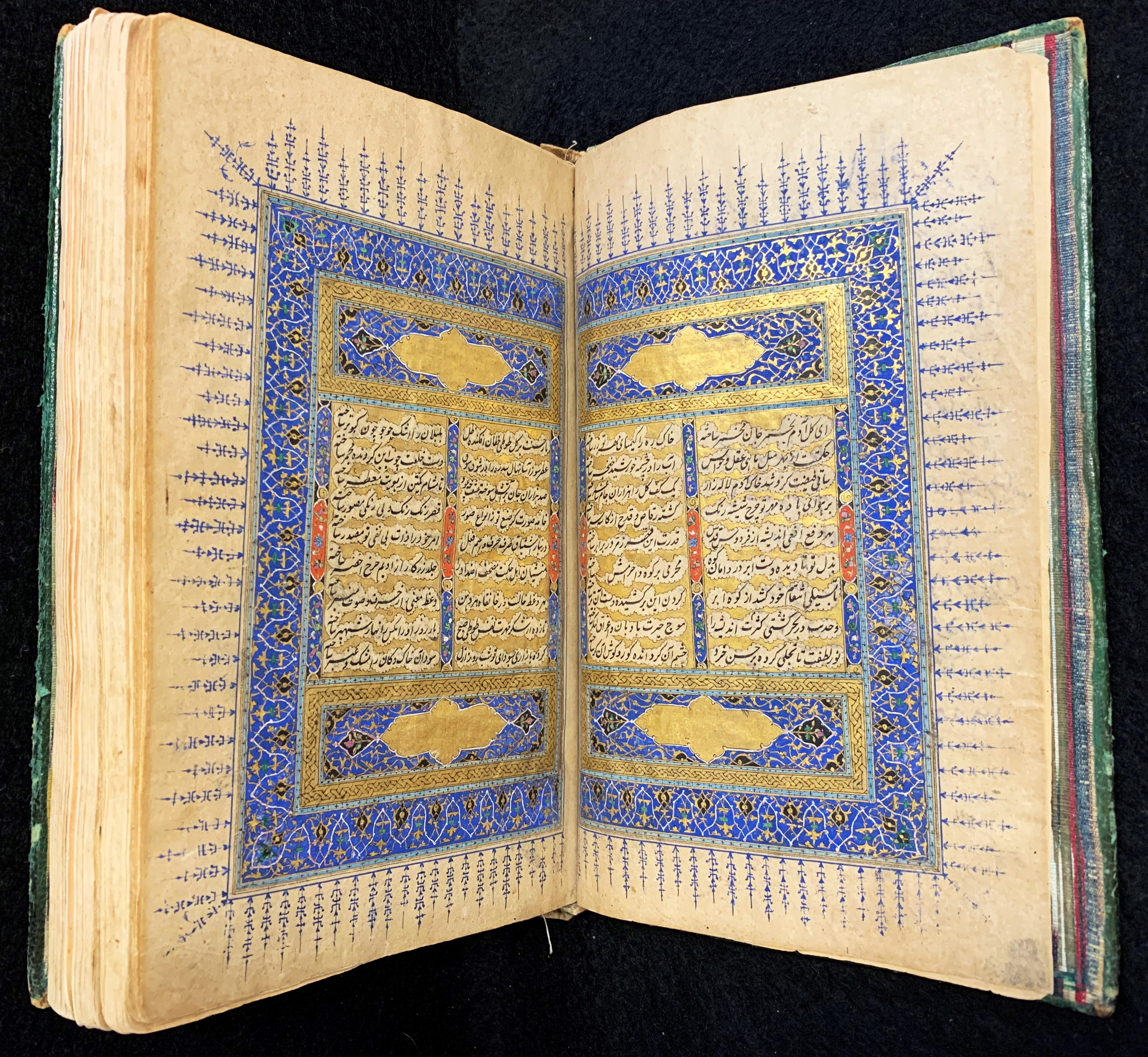 This collection of the works of Muhammad Abdullah Katibi of Nishapur (c. 1435) was donated by Prof. Mehdi Nakosteen, History and Philosophy of Education, University of Colorado in 1968.  Katibi was a poet of the later Timurid period.  The volume includes the two major works of the poet, Book of the Divine and The Observer and the Observed, together with five of his other writings.  The manuscript is on paper, in natal’liq script.

Among the seven books, Ehahi-Nameh, or the Book of the Divine, concerned with divine philosophy, and Nazer-o-Manzoor, or the book of the Observer and the Observed, are the better known works by the poet.  The other five works deal with Sufi thought, morals, lyrics, and stories, etc.

The date of completion of the calligraphy is stated 984 (A.H) or 1605 (CE).  Prof. Nakosteen suggested that it might have taken twenty-five years to complete the calligraphy and the illuminated designs.  Nakosteen also argued that the designer and the calligrapher must have been two different individuals collaborating.  He writes: “On the outside leather cover of the manuscript we find what appears to be two names decoratively pressed on the leather four times – two on each side of the cover, on above and one below the larger design which appears in the center of each cover.”  The two names appear to be Mohammad Naser and Abd Omid Asfared. 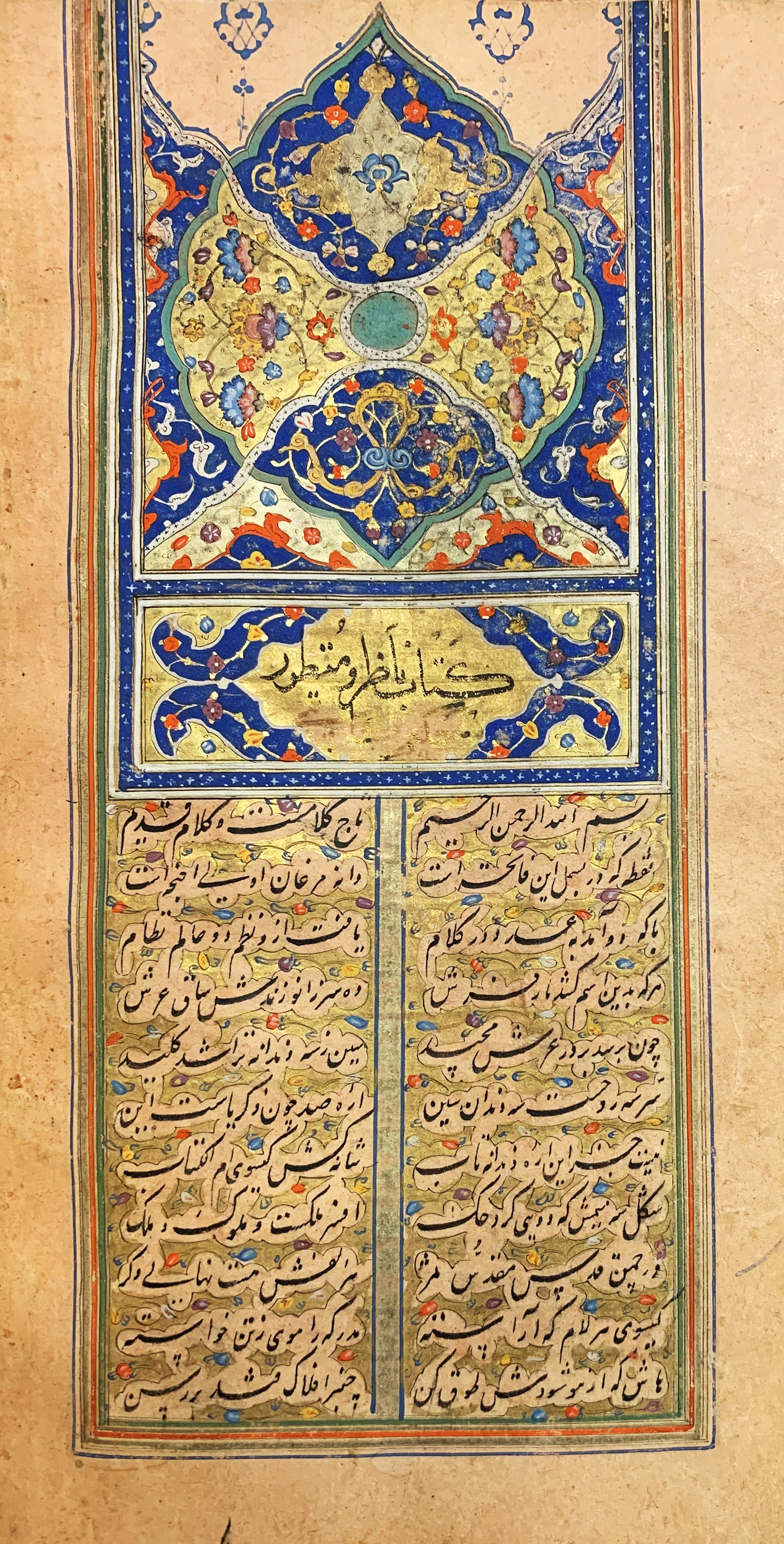 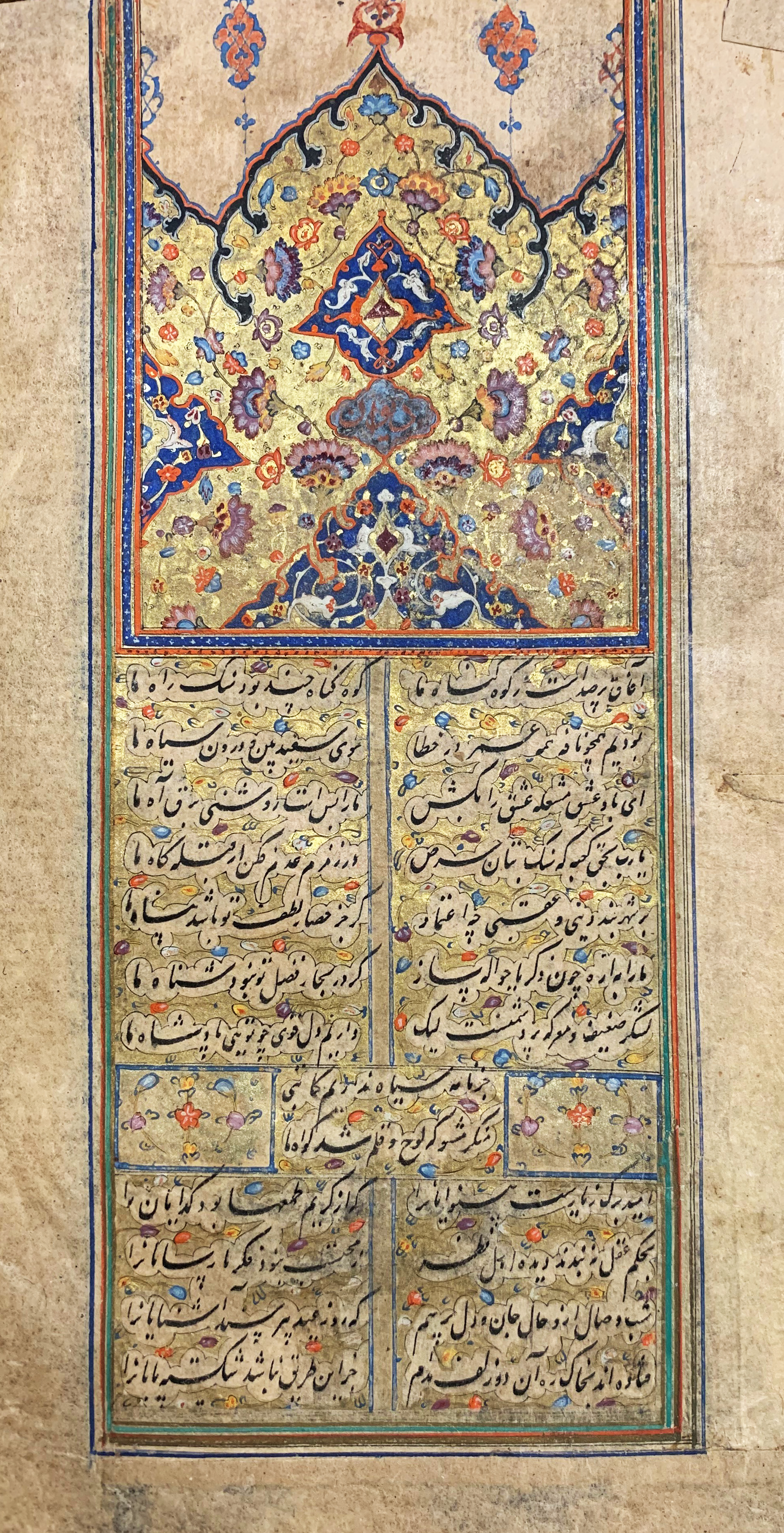