The Nuremberg Chronicle and Roman History 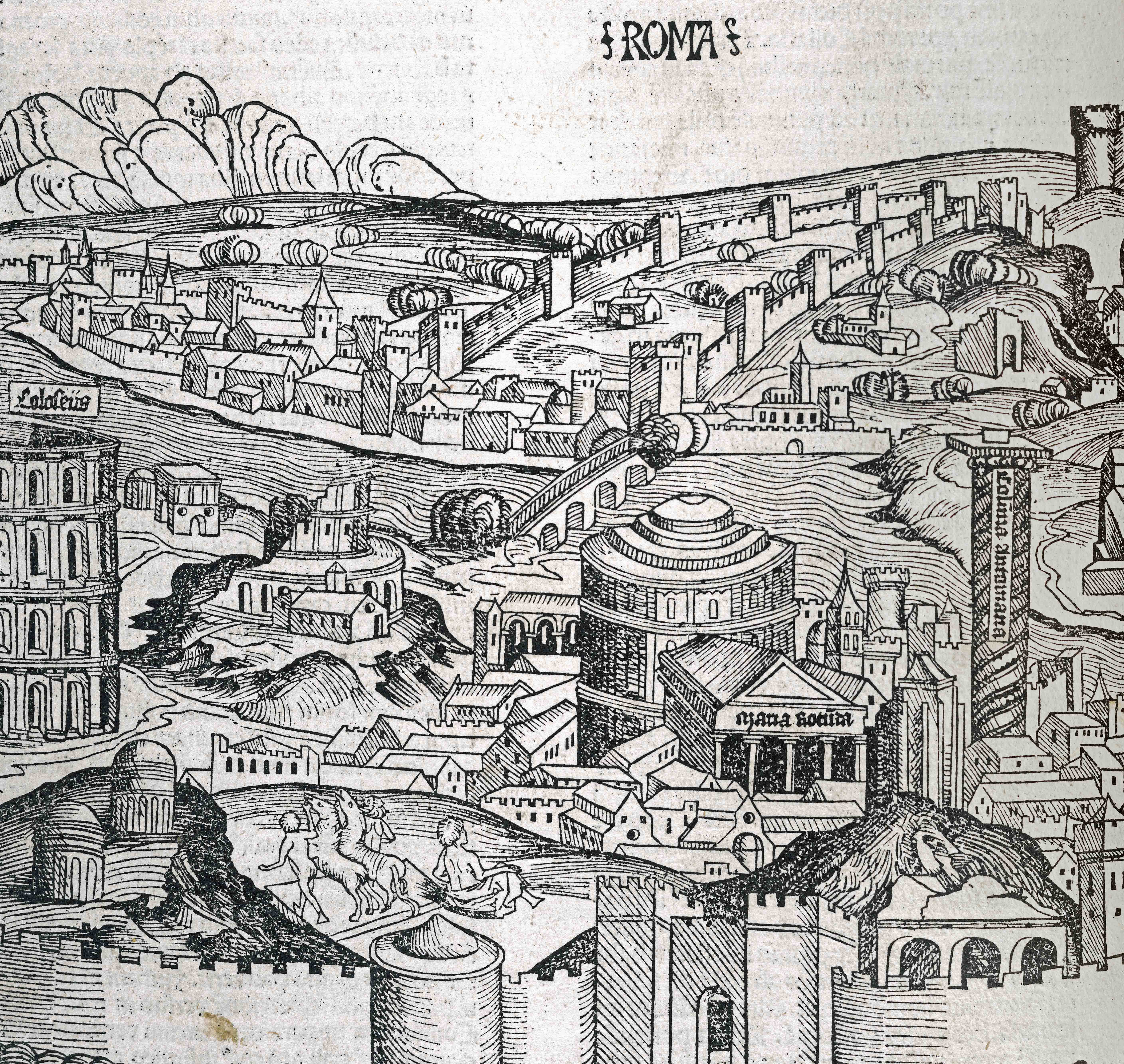 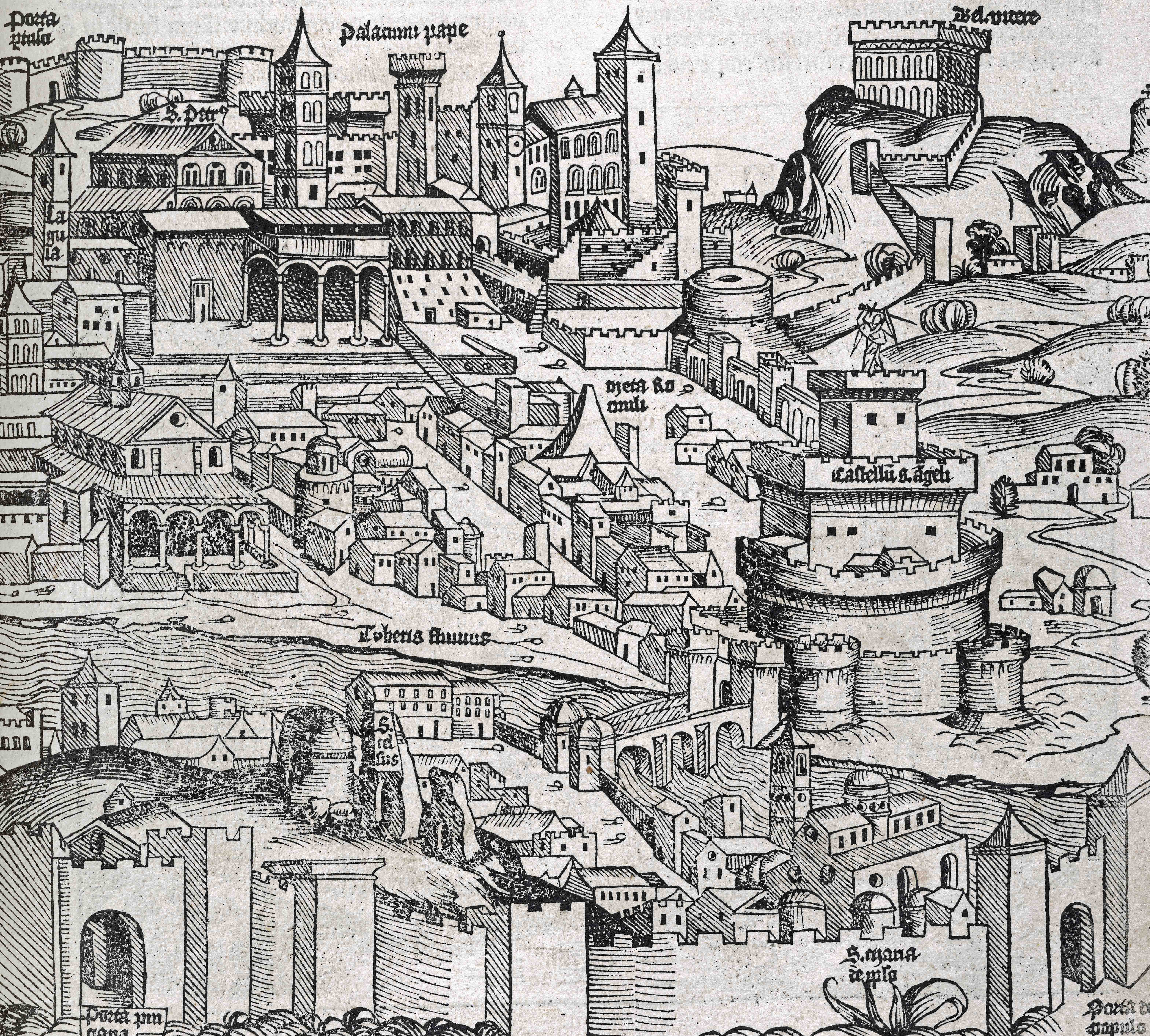 Divided into the ages of the world, the volume was lavishly illustrated by images of biblical and historical events.  Engravers Michael Wolgemut, Wilhelm Pleydenwurff, and Albrecht Dürer (?) provided topographical illustrations created out of woodcuts that show views of towns in Europe and the Middle East, some of which are duplicates.