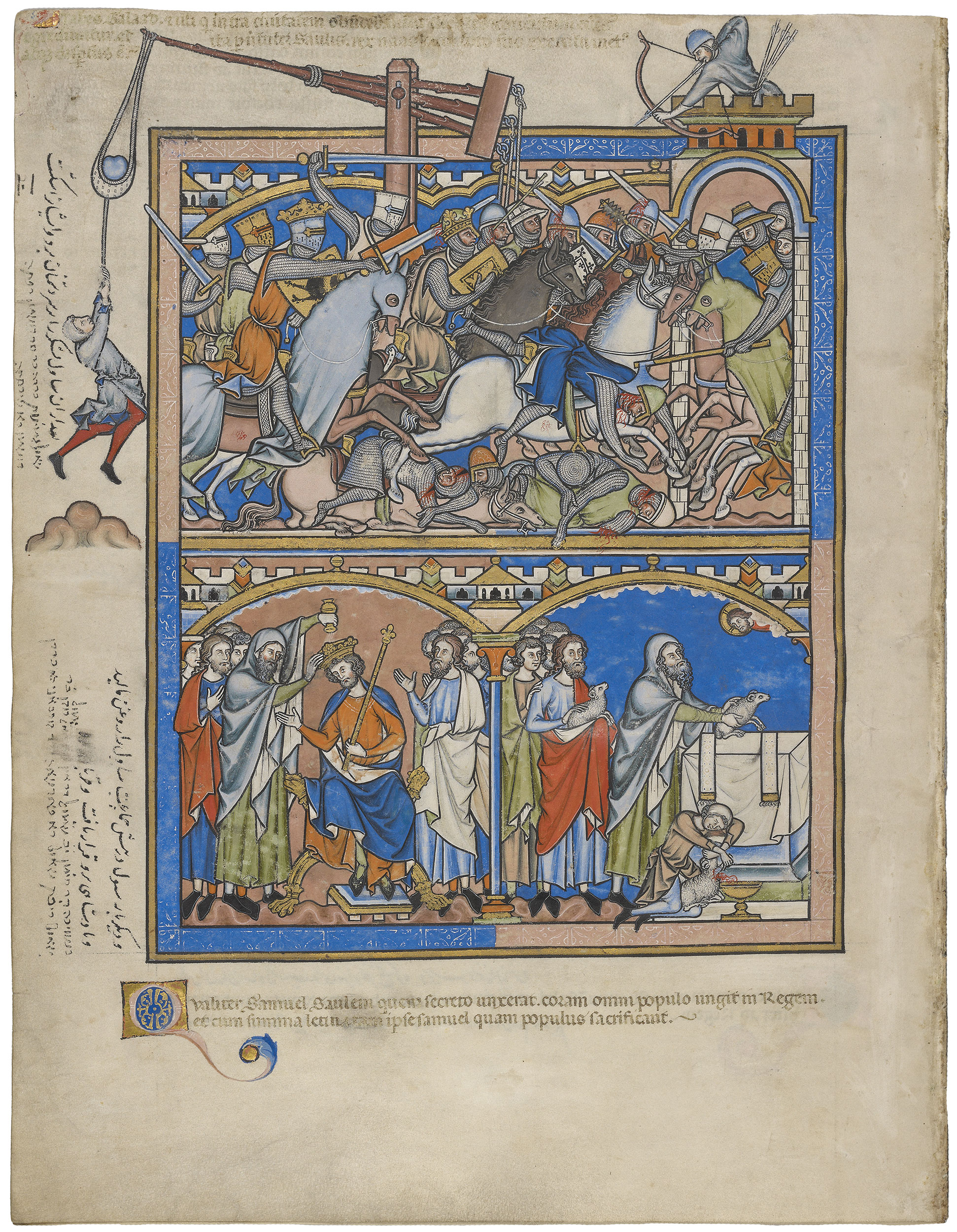 Special Collections holds a facsimile of the Crusader Bible but a fully digitized copy of the Morgan Crusader Bible, complete with discussion, transcriptions, and translations is available through the Morgan Pierpont Library website.

Other contemporary works such as William of Tyre's The History of Godefry of Boloyne and the Conquest of Iherusalem (Special Collections copy printed by the Kelmscott Press, 1893) maintained their relevance in early modern Europe.  The late fifteenth-century printing of William of Tyre's History of Godefrey (1481) by William Caxton, who learned the art of printing in Cologne, Germany and established the first English press in Westminster, was intended to support an anti-Turkish crusade.  Caxton's prologue reads: 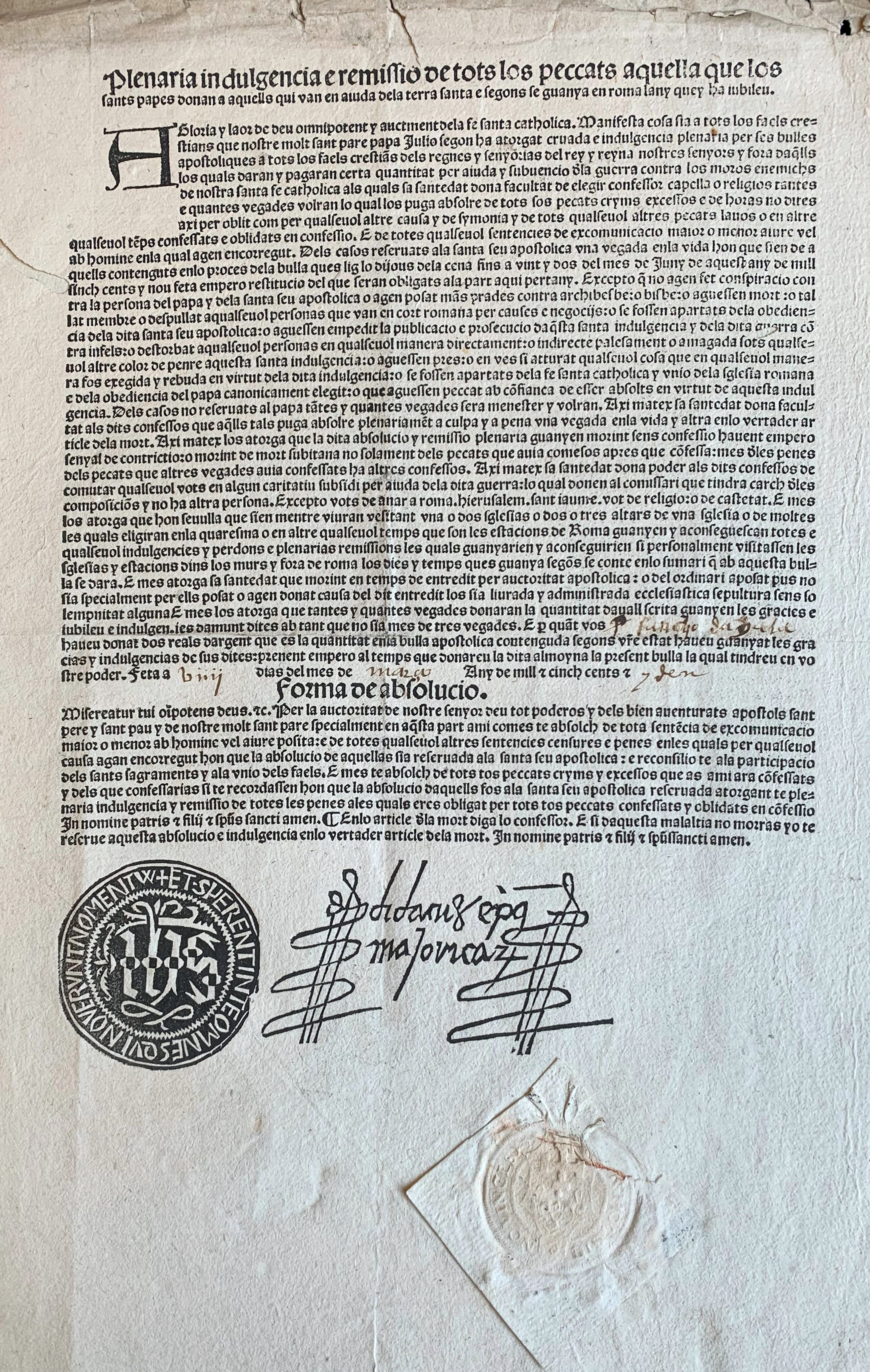 Special Collections' Plenaria indulgencia e remissio de tots los peccats : aquella que los sants papes donan, a aquells qui van en aiuda dela Terra santa e segons se guanya en Roma lany quey ha Iubilen, printed in 1510 at the monastery of St. Peter Martyr in Toledo, Spain, provides for a remission of sins for those who would take part in a proposed war against the Ottoman Turks.  This plenary indulgence was signed by the bishop of Majorca in his capacity as the royally appointed commissary of the Bull of the Cruzade.

Sixteenth- and seventeenth-century literary works relied on the Crusades as both setting for dramatizations of the Crusades themselves and as backdrop for tales of adventure and romance.  Special Collections' highlights include Ludovico Ariosto's Orlando Furioso (1580), Torquato Tasso's la Gierusalemme Liberata (1590), and Miguel de Cervantes' Vida y hechos de ingenioso cavallero D. Quixote de la Mancha, first published in 1605.  Cervantes himself fought against the Ottoman Turks at the Battle of Lepanto in 1571 and, while sailing home, was captured by Barbary pirates, experiences that made their way into his writing. 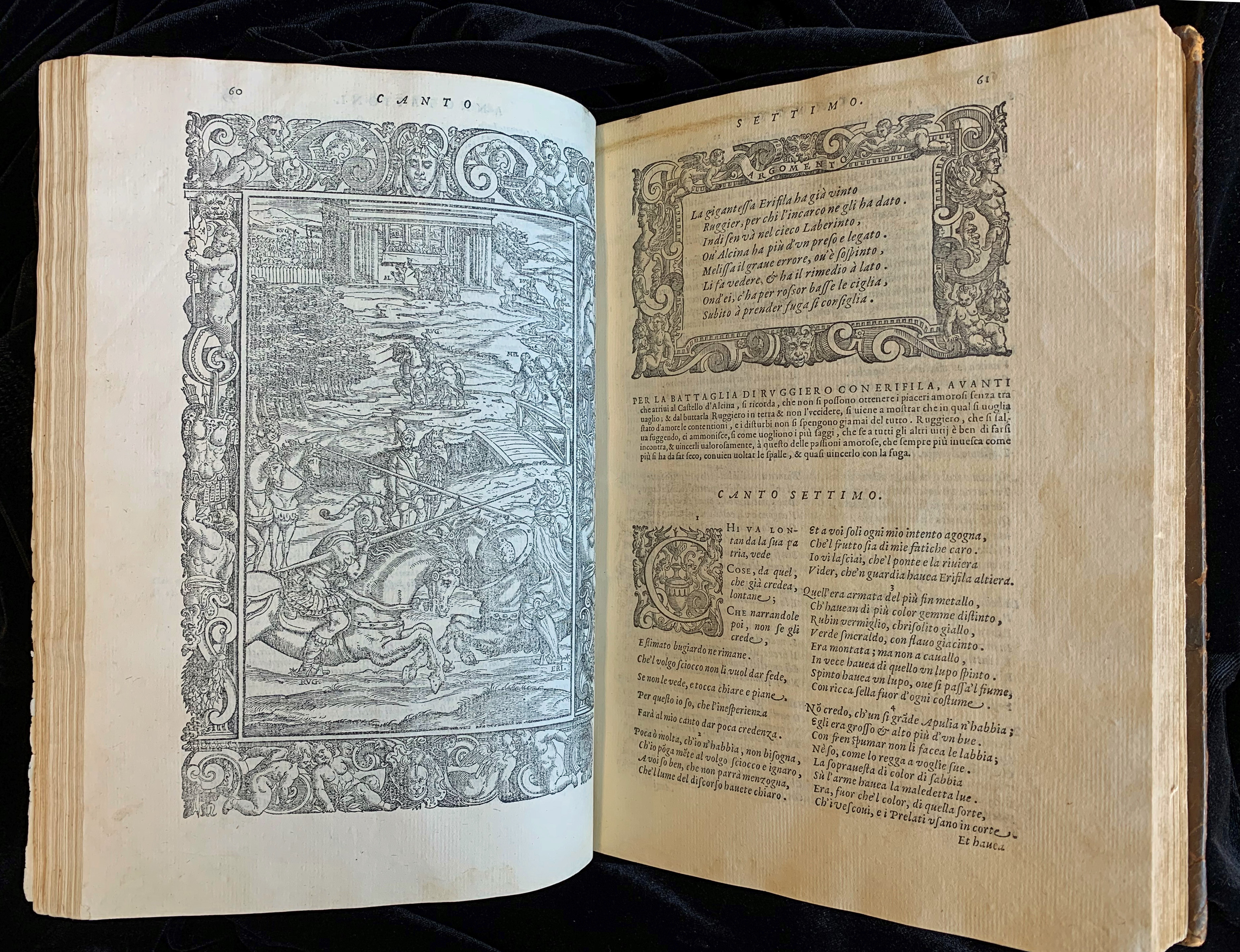 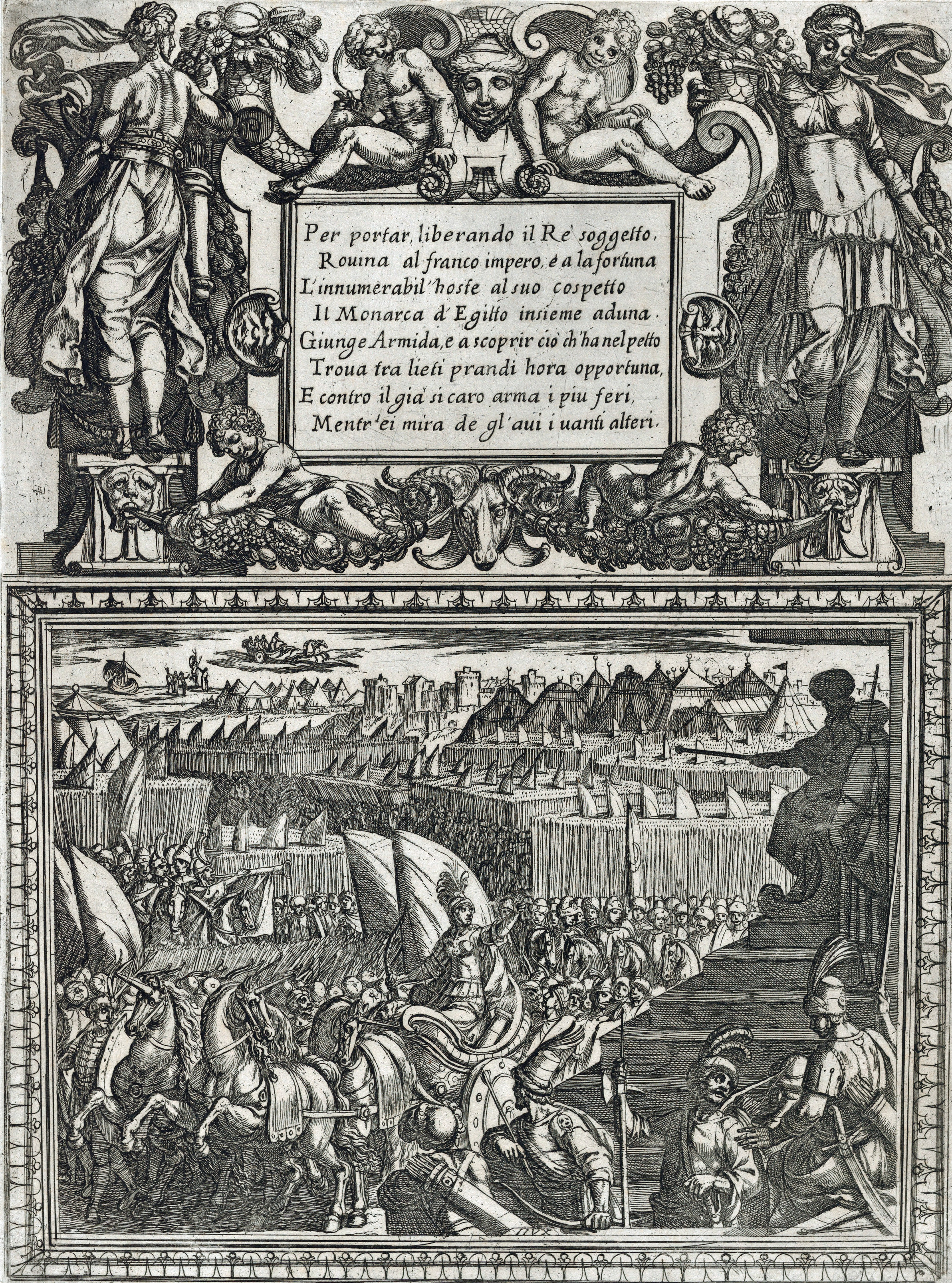 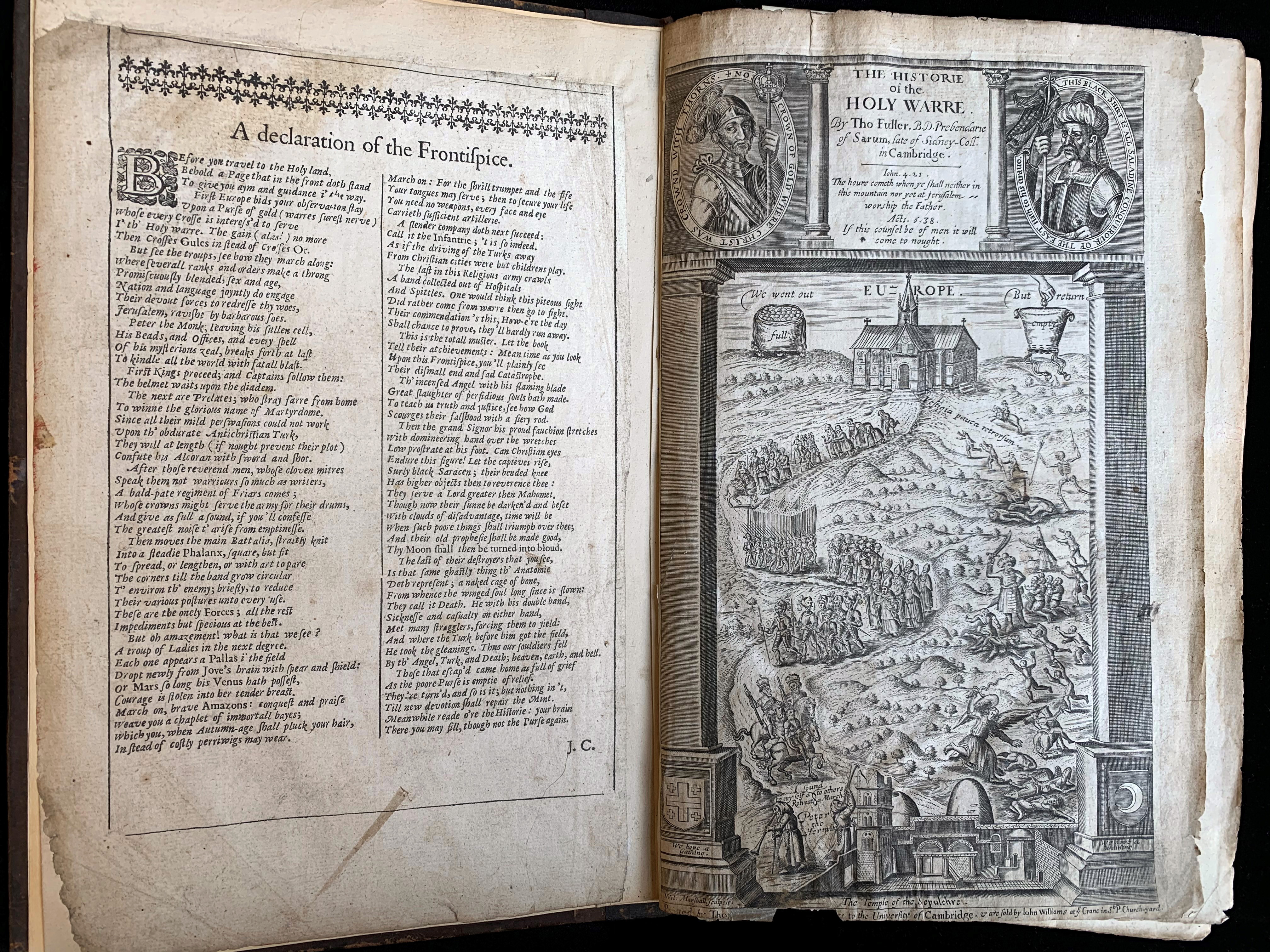 Thomas Fuller's Historie of the Holy Warre (1640) provides one of the earliest accounts of the Crusades written from an Anglican point of view.  For a digitized copy of this edition, similar to Special Collections' copy, though lacking the frontispiece shown here, see HathiTrust. 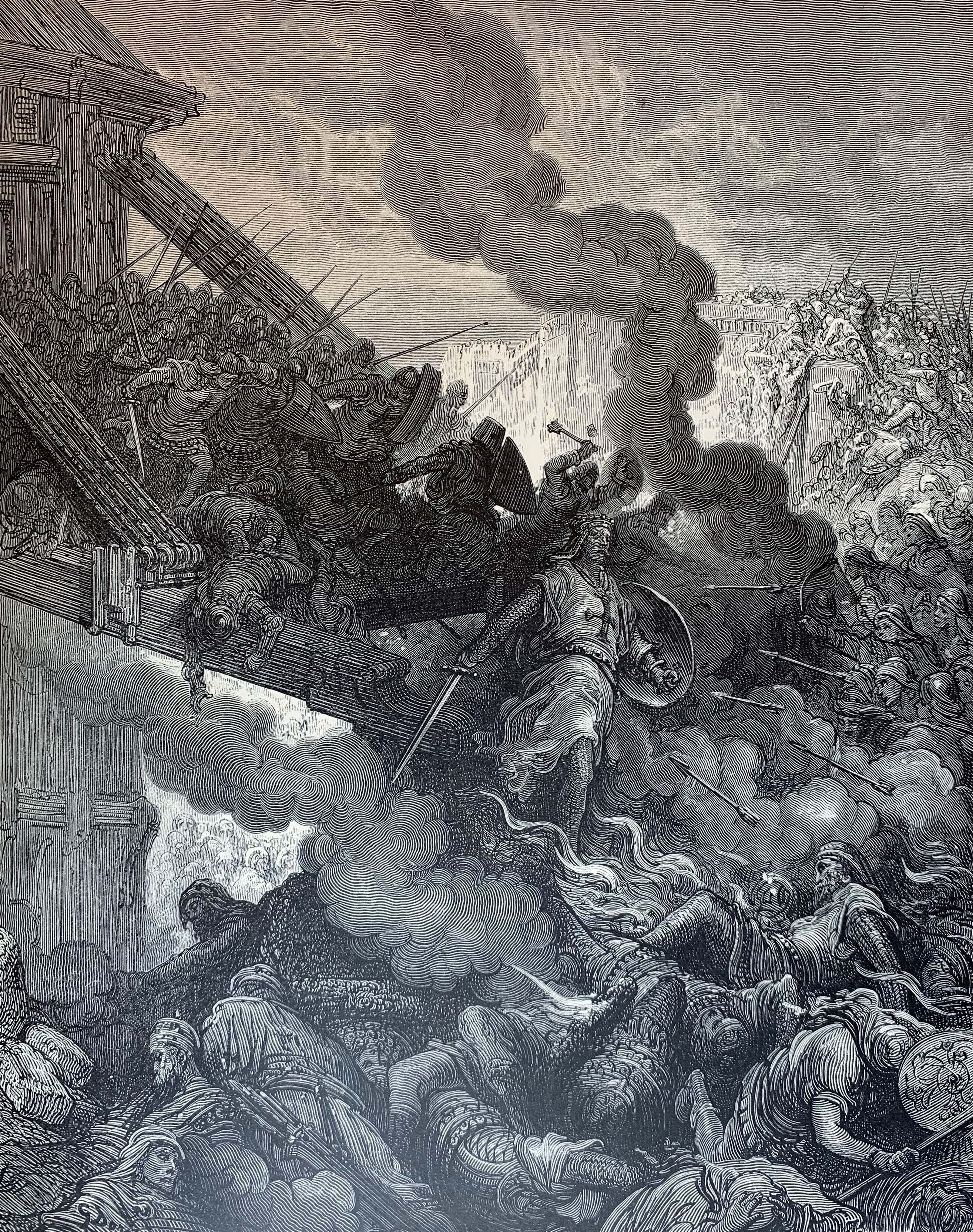 Michaud, History of the Crusades, Illustrated by Gustave Dore

Joseph Francois Michaud's multi-volume History of the Crusades was translated into English, German, Italian, and Russian.  Special Collections holds the English translation lavishly illustrated with the engravings of Gustave Dore, such as the scene above portraying Godfrey entering Jerusalem.  Digitized copies of Michaud's and Dore's History are available at HathiTrust.