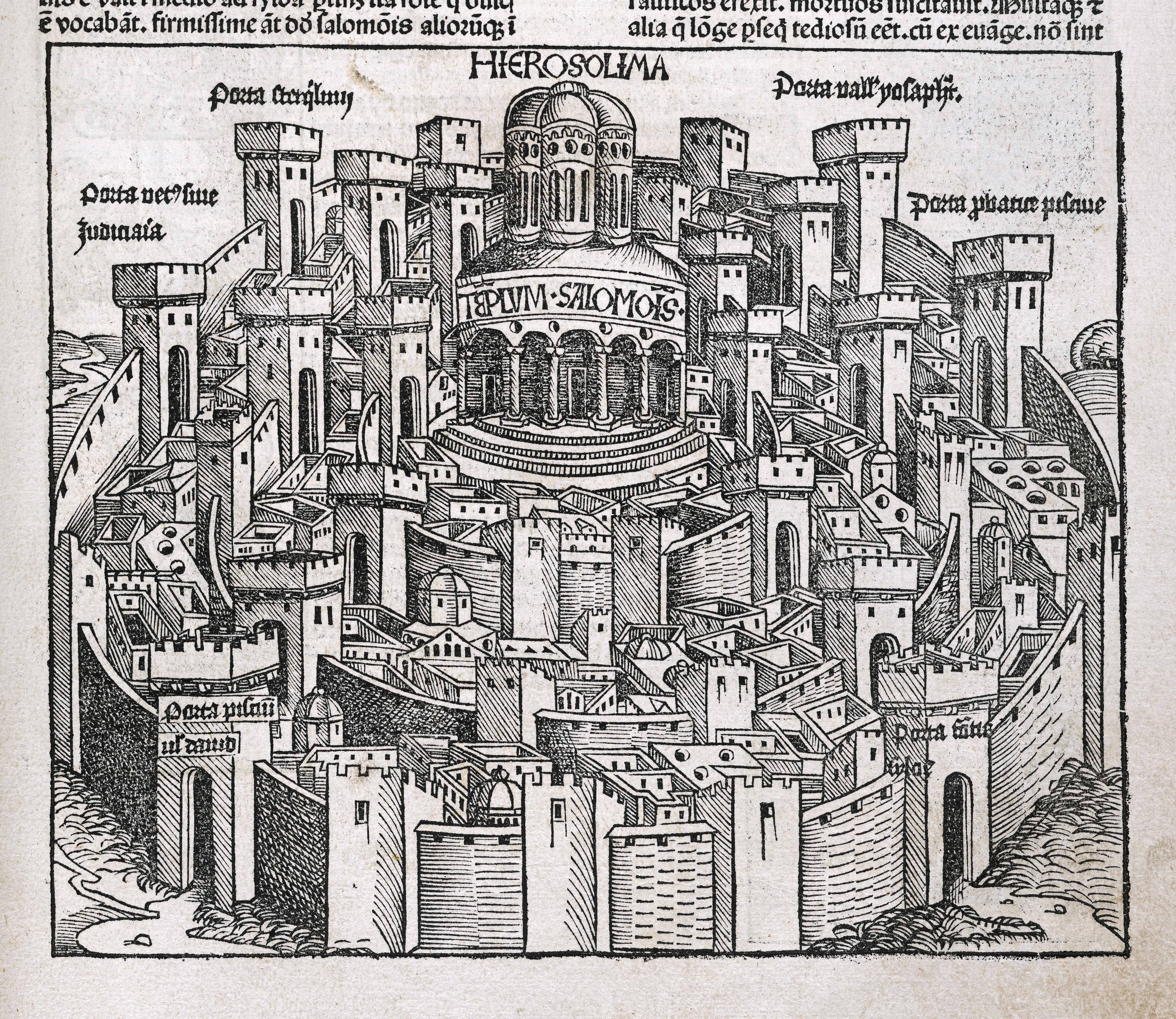 See above for an image of what Schedel's engravers believed to be the Temple of Solomon.  The structure is, in fact, the centrally-planned Islamic shrine, the Dome of the Rock (in Arabic, the Qubbat al-Ṣakhrah, Jerusalem, built by the Umayyad caliph 'Abd al-Malik ibn Marwan, late 7th century ce.).

See below for scenes from early Christianity, including the life of Christ, the martyrdom of the saints, and the Council of Trent from the copy held by Special Collections.

And finally, see below for the Nuremberg Chronicle's Septima Estas Mundi (the Seventh Age of the World), which depicts the chilling events surrounding the end of times including the coming of the Anti-Christ, as described in the Book of Revelation.

For detailed information on the copy of the Nuremberg Chronicle held by Special Collections, see: 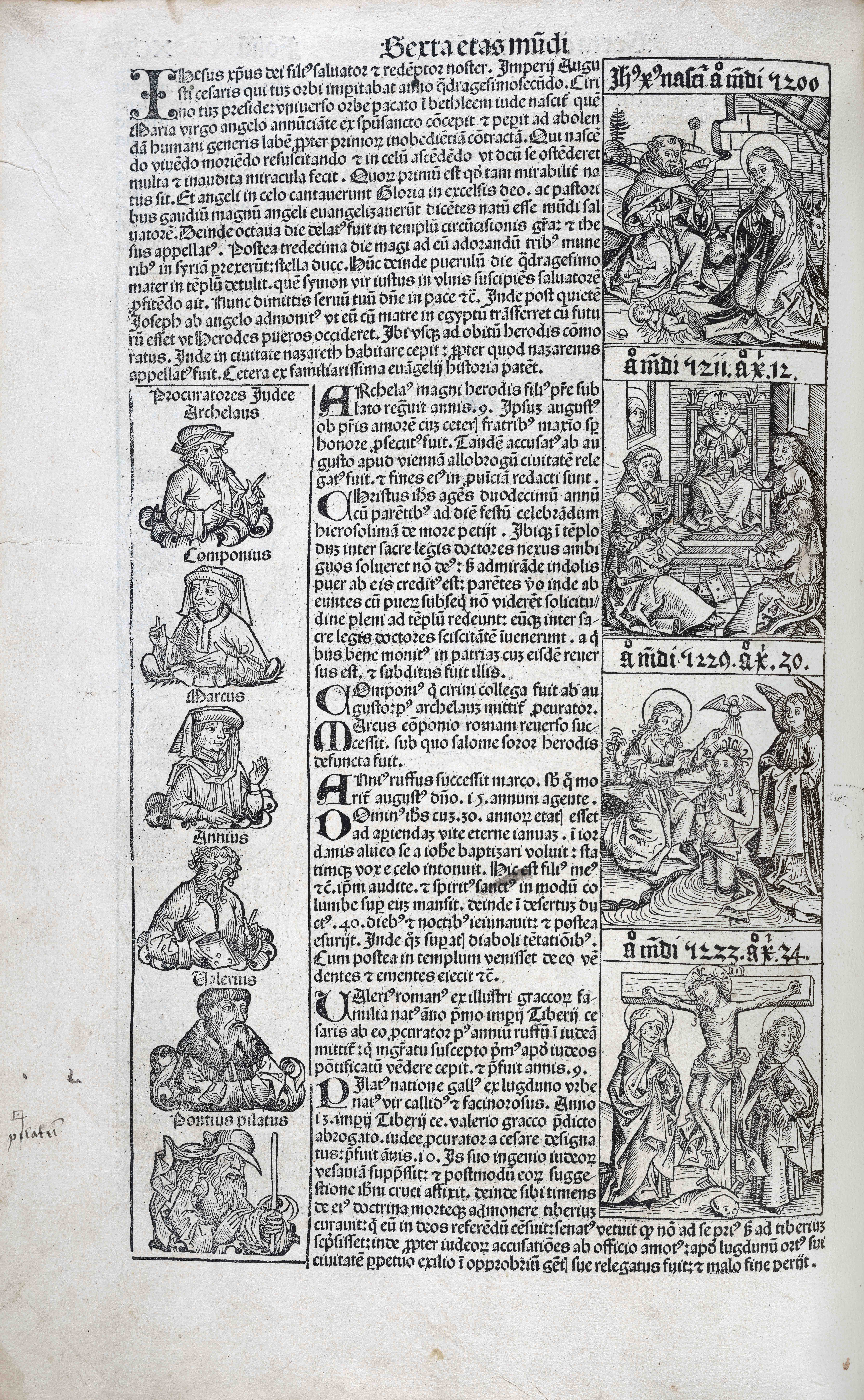 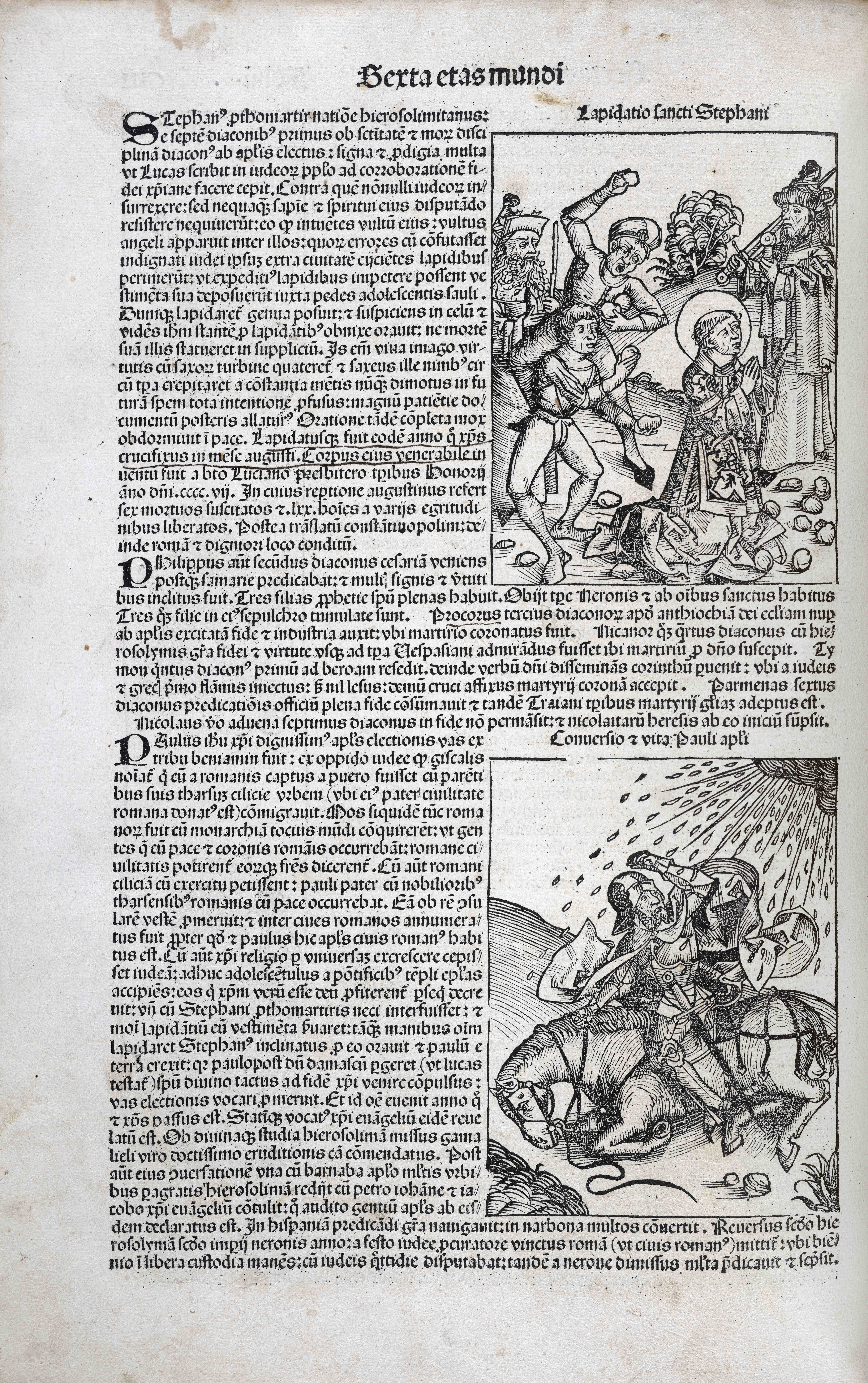 Scenes from the Life of Christ (folio 95v, left) and from the Stoning of Stephen

and the Conversion of Paul (folio 103v, right). 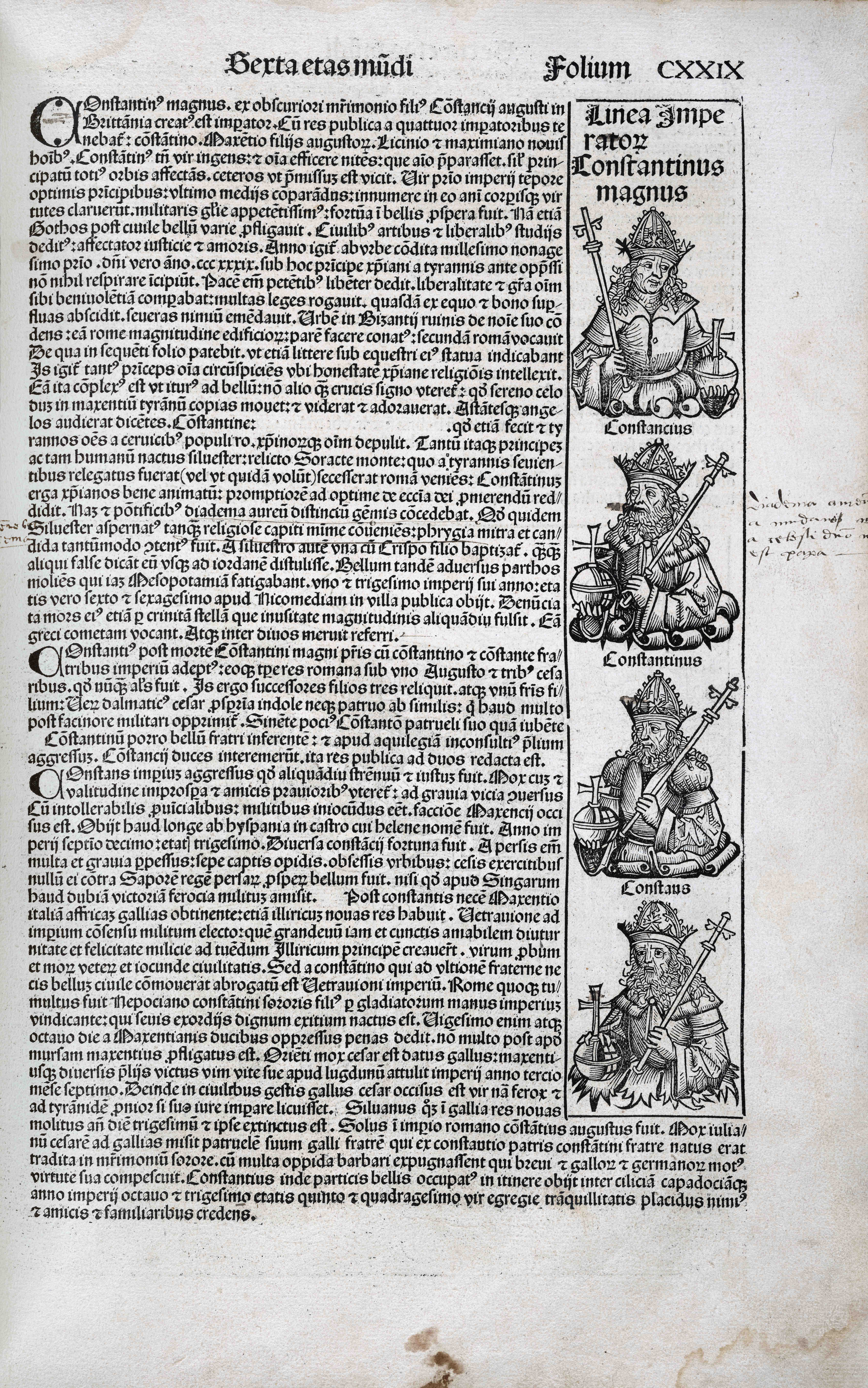 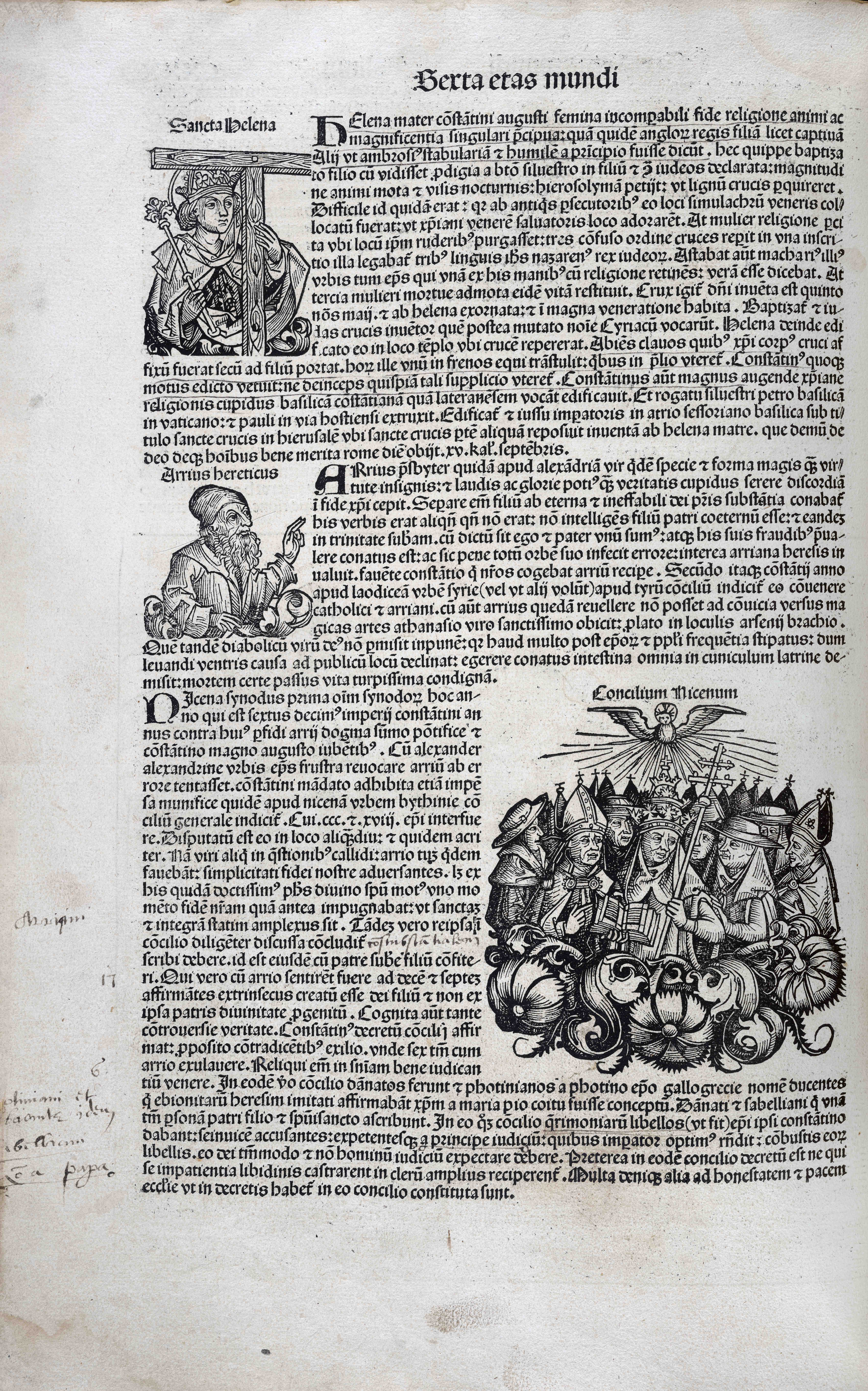 The Nuremberg Chronicle - the Seventh Age of the World 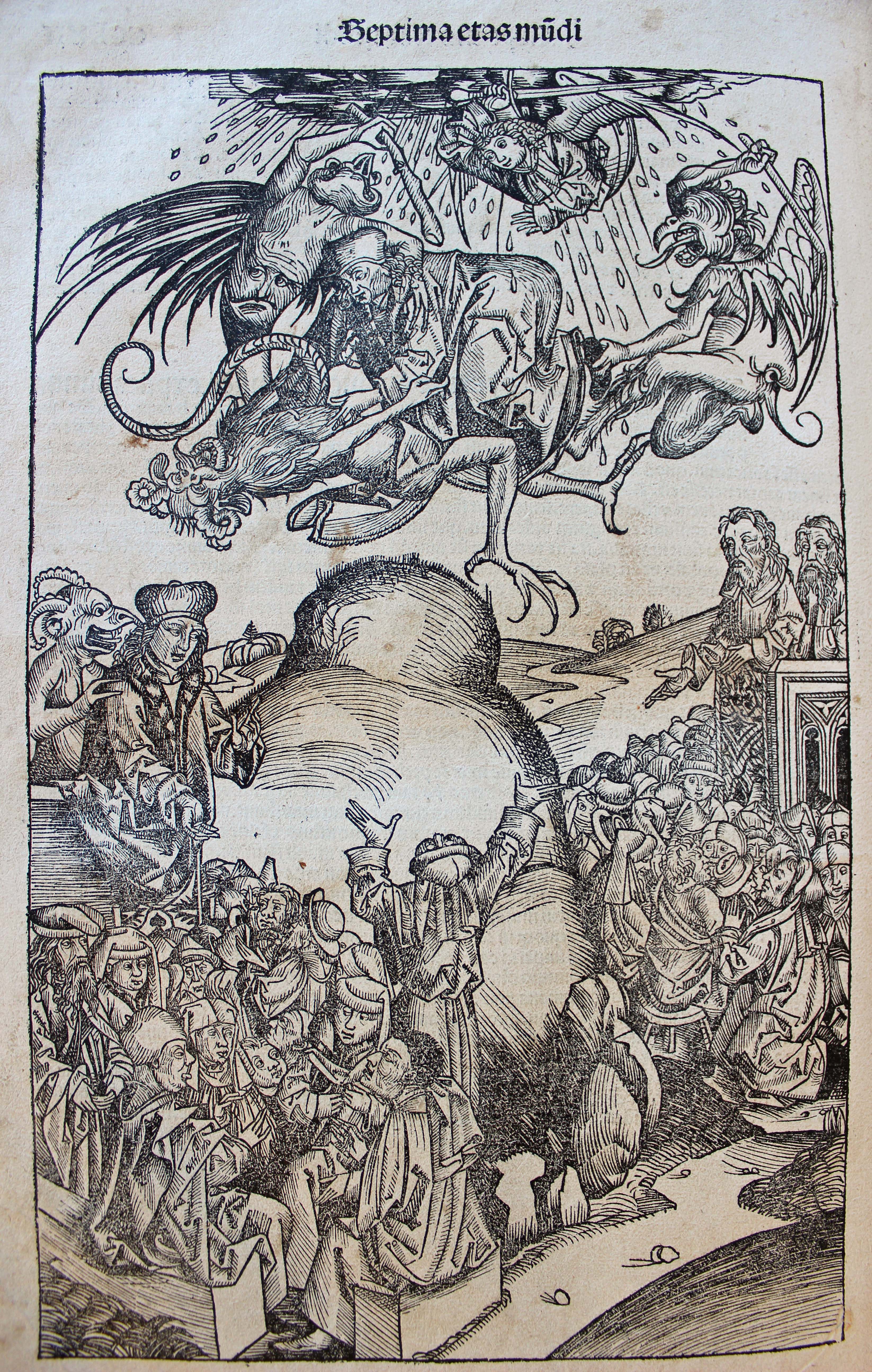