Skip to Main Content
It looks like you're using Internet Explorer 11 or older. This website works best with modern browsers such as the latest versions of Chrome, Firefox, Safari, and Edge. If you continue with this browser, you may see unexpected results.

This guide lists collections held by the University of Colorado Archives related to ethnic studies research. 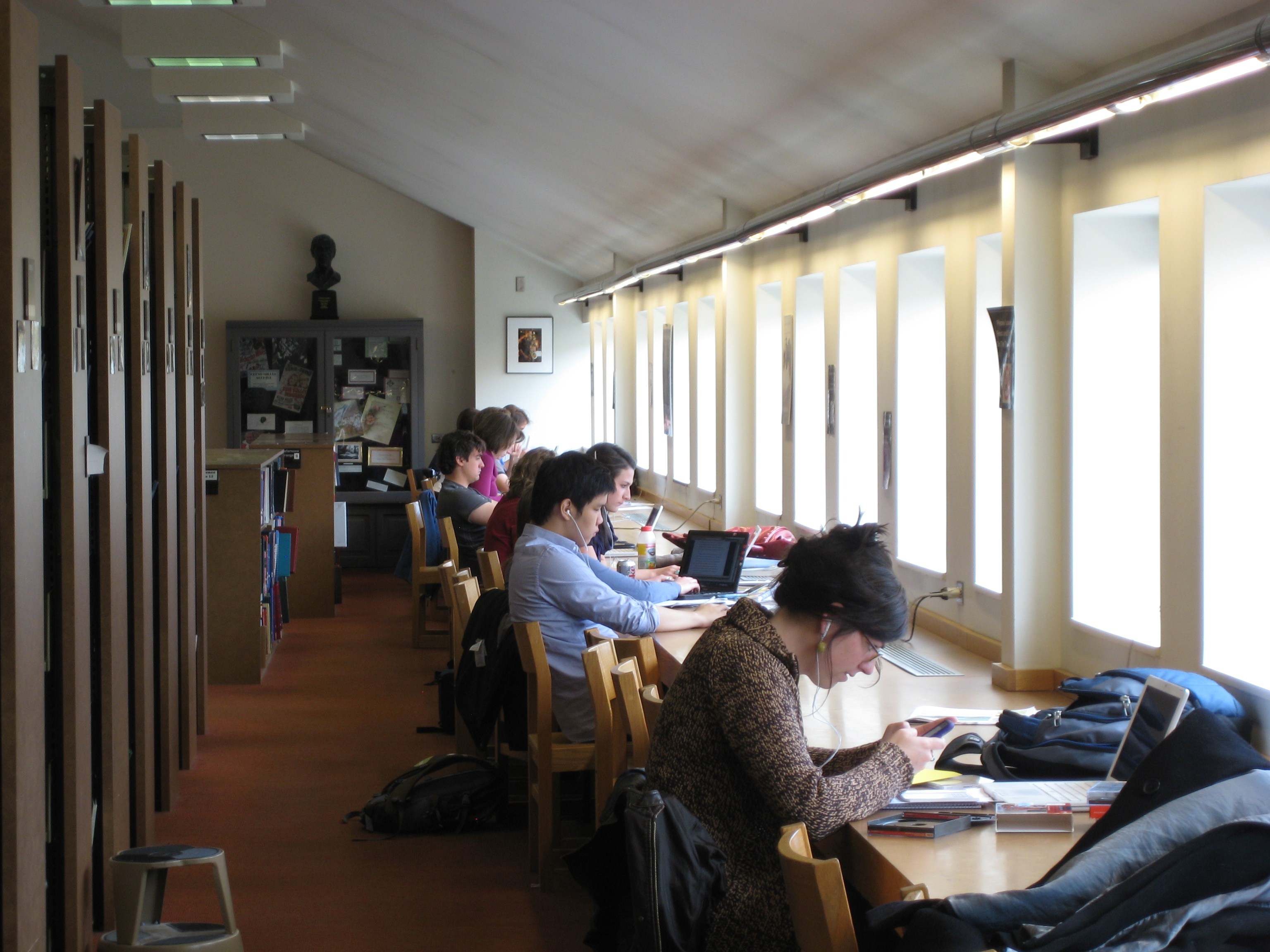 This guide lists some of the collections available in the CU Archives that relate to ethnic studies. To view these materials or work with one of our Archivists, please make an appointment with us.

Please let us know if you have suggestions or ideas or feedback about this guide.

BARBADOS AND ST. VINCENT). An archive of 18 property deeds for estates and sugar plantations. Barbados and St. Vincent, 1793-1837.

The documents in this archive span the period abolition and emancipation in the British West Indies. Following the Slave Trade Act of 1807 slave ownership (as opposed to trading) remained central to the British Caribbean economy until at least the passage of the Slavery Abolition act of 1833. Five of the documents are from St. Vincent in the last years of the eighteenth century, the remainder are from Barbados in the second quarter of the nineteenth century.

Although African American students had been attending the University of Colorado since before 1900, and were represented on campus by the multi-racial and international Cosmopolitan Club, ethnic student groups began to splinter and politicize after 1965. The Black Student Alliance, established in 1969, organized to support African American social, political and educational goals at the University. The collection consists of intermittent BSA publications, activity fliers, social and financial data gathered by Archives and donated by individual BSA officers.

Boulder Action for Soviet Jewry (BASJ) was established in 1987 as a nonprofit agency to advocate for and eventually assist in the resettlement of more than 250 refuseniks, including Soviet mathematician and human rights actvist, Naum Meiman. BASJ and The Center For Human Rights Advocacy, a nonprofit public interest law firm, continued their work advocating on behalf of more than 100 refuseniks from Dushanbe, the capital of Soviet Tajikistan and Boulder’s Sister City. BASJ organized a formal resettlement program to welcome and integrate Soviet immigrants into the Boulder Jewish and other communities.

The Cosmopolitan Club is one of the oldest student clubs still in operation. Organized in 1922, the Club was intended to be a social welcoming organization for international students in the face of a rising tide of anti-immigrant sentiment. By the late 1930s the Cosmo Club had developed into the only international and consciously multi-ethnic organization on campus, heavily influencing the early CU civil rights efforts (1938-1945). After WWII a proliferation of academic and student international and ethnic clubs severely quieted the Cosmo Club’s influence. 1960s and 1970s activism was reflected in the Cosmo Clubs name change to the Foreign Student Alliance. The Club has since returned to its less political roots since 1981. The collection consists of Club records, minutes, correspondence, and activity files.

The Sakae Daniel Date Collection contains: Date’s Naval Distinguished Service Award for his involvement in the USN JLS/OLS, correspondence written to and about Date, newspaper clippings, a US Navy declassified Command File and pro Japanese-American pamphlets. The collection also has a sermon by Reverend Raymond A. Waser and the book Diary of a Missionary: Pauline S. McAlpine (1986). James McAlpine was a sensei and a later administrator of the USN JLS/OLS.

C. C. Eckhardt (1878-1946) joined the University of Colorado history faculty in 1911 as a specialist in modern European history. He served as head of the University's Historical Collections and was chairman of the History Department from 1935-1945. He chaired the Faculty Senate committee on minorities during the late 1930s, which investigated racism and bias at the University of Colorado. The papers reflect his interests in Colorado church history and European history and include correspondence and lecture notes, as well as material on a wide range of political and social problems.

El Diario de la Gente is an independent Chicano student newspaper that was published bi-weekly by the United Mexican American Students (UMAS) at the University of Colorado. The publication covered issues and concerns of the Mexican -American community both on campus and throughout Colorado.

Eben G. Fine (1865-1957) was an avid mountain climber and photographer, he discovered the Arapahoe Glacier in 1900 and for many years traveled around the country giving illustrated lectures on the scenic Rocky Mountain region. Fine also served as the director of the Chautauqua Association for forty-five years. The collection contains his autobiography, a scrapbook, articles, lectures and many color slides and films of the Rocky Mountain region and Native American portraits.

The Kimiko Kato Collection contains papers of Kimiko Kato, who was a sensei at the US Navy Japanese/Oriental Language School, which was located at the University of Colorado in Boulder from 1942-1946. The collection contains materials related to her WWII service as an instructor.

From the David H. Tippit Collection

The Grayce Nakesone Scott Collection contains papers of Grayce Nakasone Scott, who was a sensei at the US Navy Japanese Language School, which was located at the University of Colorado in Boulder from 1942-1946. The collection contains materials related to her WWII service as an instructor.

George Norlin (1871-1942), was professor of Greek at the University of Colorado in 1900. In 1917, Norlin was named acting president for Livingston Farrand, who had gone to France during World War I, and appointed to be president in 1919. In addition to improving the University’s architectural appearance and academic standing, Norlin was also an effective political activist. He augmented the University's financial backing, working against racial discrimination and warning of the threats Naziism. Included are Norlin's professional correspondence and publications, as well as the family correspondence and personal papers of Norlin's daughter, Agnes.

The North American Indian : being a series of volumes picturing and describing the Indians of the United States, and Alaska / written, illustrated, and published by Edward S. Curtis ; edited by Frederick Webb Hodge ; foreword by Theodore Roosevelt ; field research conducted under the patronage of J. Pierpont Morgan

From the David H. Tippit Collection

The J.G. Otagiri Collection contains papers of J. G. Otagiri, who was a sensei at the US Navy Japanese/Oriental Language School, which was located at the University of Colorado in Boulder from 1942-1946. The collection contains materials related to his WWII service as an instructor.

The collection consists of materials that are related to the club, than the historical files of the organization. Such items include: Native American newspapers, pamphlets for Indian art shows, newsletters from across the country targeted to Native American audiences, magazines, schedules, and Oyate sponsored events on campus and related flyers, as well as clippings related to the American Indian Movement (AIM).

Robert L. Stearns was the sixth President of the University of Colorado at Boulder and served from 1939 until 1953. Before he became President, he served as the Dean of the Law School at CU-Boulder. This collection contains papers relating to the CU Boulder president’s involvement in protecting Japanese American students at CU during the war.

Omer C. Stewart (1908-1991) was an expert on Native American culture, and the first chairman of the CU Anthropology Department. His primary work involved the peyote ritual used by the Native American Church. He testified as an expert witness before the Indian Claims Commission, and in several religious freedom trials on behalf of Native Americans who use the hallucinogenic peyote cactus in religious ceremonies. He also participated in the Institute of Behavioral Sciences Tri-Ethnic Project in Ignacio, CO, a community composed of Utes, Hispanics, and whites.

This collection contains donations by former members of the UMAS organization including writings, photographs, drawings, and self-published pamphlets of activities and issues relevant to Mexican American Students at CU, and the protests against racism and discrimination occurring on campus. 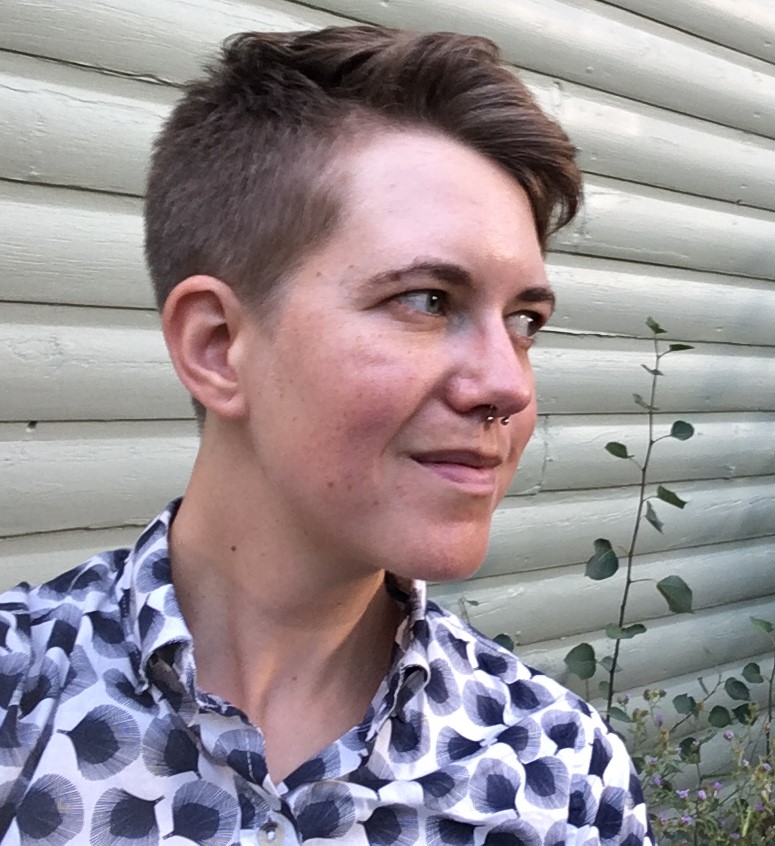 Related Resources Outside of CU Archives