Although the topics of these films are intertwine throughout the films in many occasions, they offer you a glance into subjects such as interculturality, intercultural dialog, indigeneity,  genocide, abuse, marginalization, poverty, suicide, socio-economic gaps, historical wrongs and inequality.

Weaving is a part of different indigenous people's cultures. Generally, this artisanal activity is learned during childhood where girls knit their first works. For this cultural activity women use alpaca or sheep wool. The artistic designs express their cosmovisión (worldview) believes and assert their indigenous identity forged since pre-Columbian times. 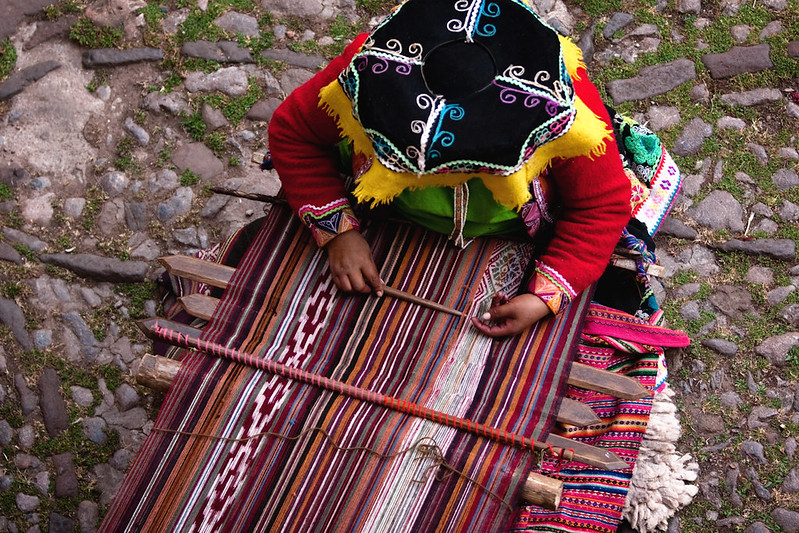 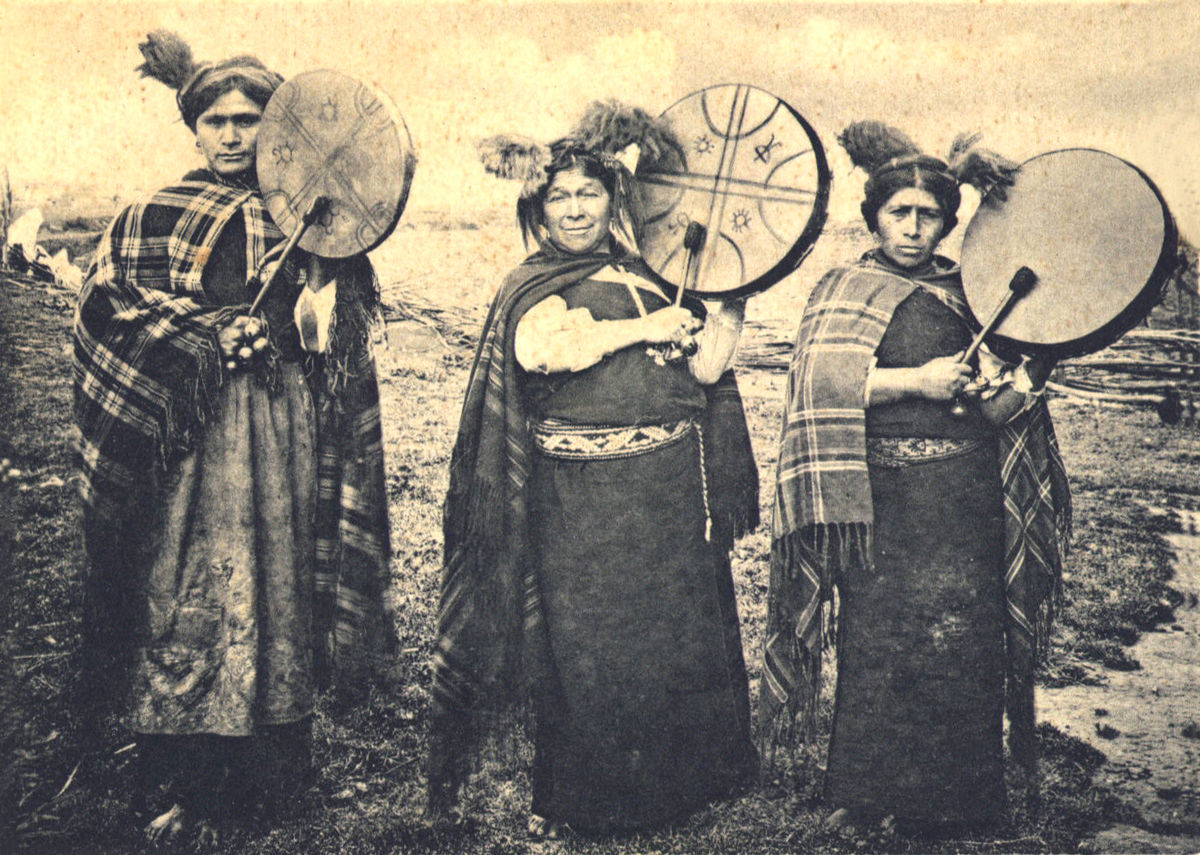 Public domain image of machi women. The machi is a healer and a religious leader for the Mapuche people.

Listen to the song "Arawi" performed by singer Luzmila Carpio. 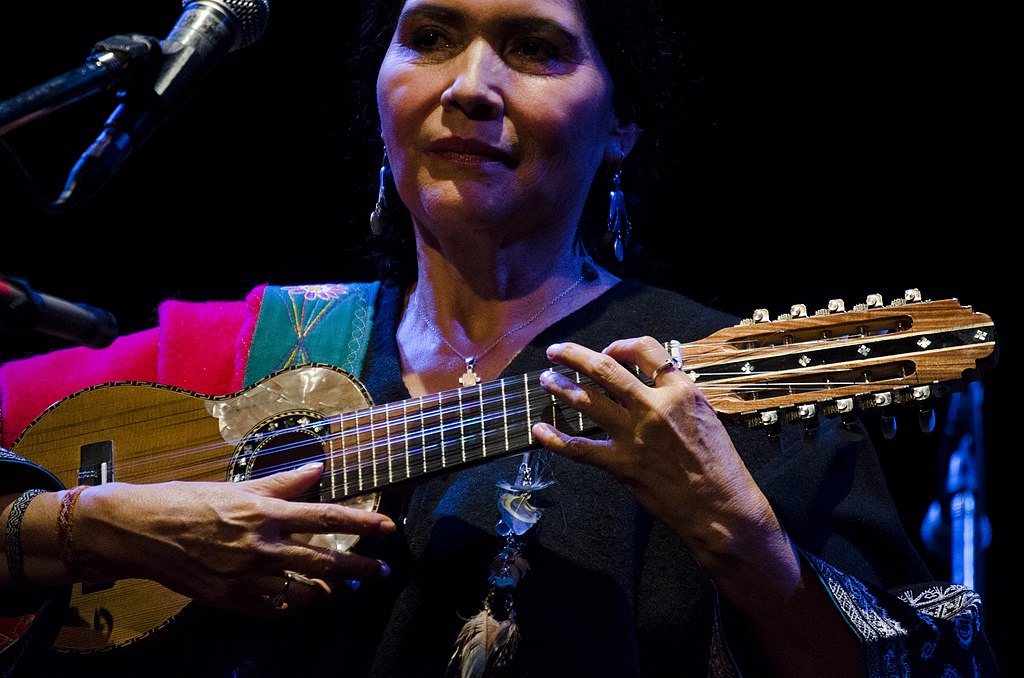