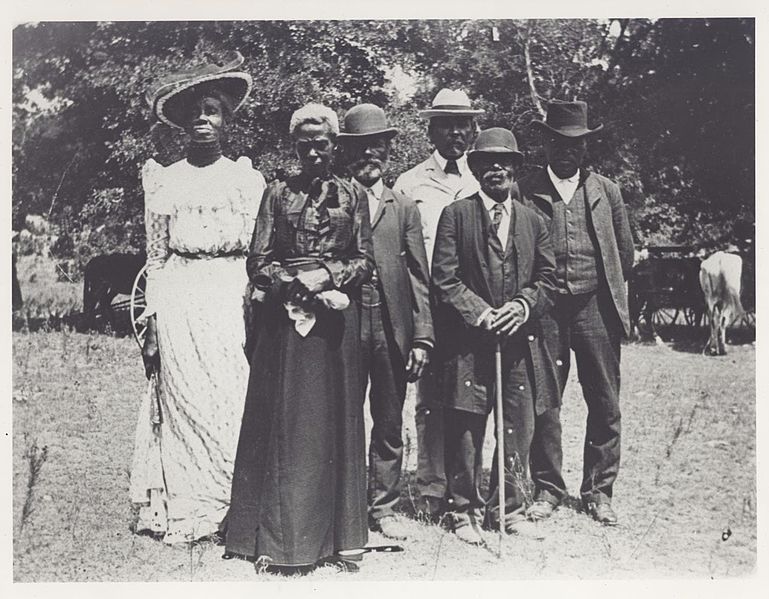 The Emancipation Proclamation declared “that on the first day of January [1863], all persons held as slaves within any State, or designated part of a State, the people whereof shall then be in rebellion against the United States, shall be then, thenceforward, and forever free” (National Archives and Records Administration). In other words, the Emancipation Proclamation served as a warning to the Confederacy: they must end the fighting and rejoin the Union or else lose all their slaves. The proclamation— in tandem with laws such as the one passed in April 1862 that freed slaves living in the District of Columbia— helped to spur antislavery sentiment, which imbued the Northern campaign with the moral and political strength needed to end the war. In order to commemorate this historical milestone, Juneteenth was born. Juneteenth, a portmanteau of June and nineteenth , is also known by other names (Juneteenth Independence Day, Freedom Day, or Emancipation Day, to name a few), but the intent is often the same. Juneteenth arose originally in Galveston, Texas, when Union general Gordon Granger arrived on June 19, 1865, two-and-a-half years after the Emancipation Proclamation took effect, to take possession of the state and announce the emancipation of its slaves. Texas slaves finally tasted freedom and appropriately rejoiced in the streets. Juneteenth celebrations began the following year and gradually spread to other communities around the state (Juneteeth.com). At present, Juneteenth is recognized as a holiday or special day of observance in most states. The celebration has not changed greatly since its initial staging. Festivities are often sponsored by local communities and organizations and typically feature music festivals, family reunions, major speeches, parades, talent shows, art contests, and perhaps most importantly, remembrance of the painful days of slavery. Although economic and cultural forces led to a decline in Juneteenth celebrations in the early part of the twentieth century, the holiday has experienced “a phenomenal growth rate” in recent years thanks largely to local and national groups (including the Smithsonian and the Henry Ford Museum) promoting the event and cultivating an appreciation of African American history and culture (Juneteenth.com).

Entry from Encyclopedia of Diversity and Social Justice