A guide to materials relating to Japan and the environment in the Rare Books Collection, Rare and Distinctive Collections, CU Boulder Libraries.

The atomic bombs that the US dropped on Nagasaki and Hiroshima in 1945 at the end of World War II devastated the civilians and infrastructure of both cities. The first document below is the US government's official report on the bombings. Pay particular attention to its discussion on radiation and the maps and illustrations in the second half of the book. In contrast, the second document, a preview of a chilling photography book by a Japanese anti-nuclear group titled Hiroshima-Nagasaki: Document 1961, displays the long term effects of radiation sickness and fallout on the people of Japan. 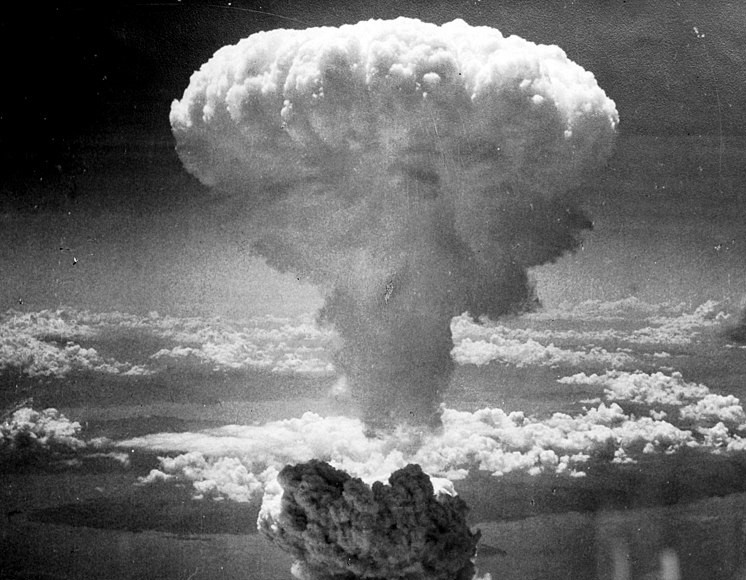 The bombing of Nagasaki. From the US National Archives

The US Government's Report on Hiroshima and Nagasaki

The document below is the US government's official report of the atomic bombings in Japan. It is split into two parts here: the text first and the images second. The book was given to those whose work related in some way to the Manhattan Project. This copy was owned by Al Bartlett, a physics professor at CU, who clearly read the piece extensively and underlined many passages he found important. The second half of the book includes hundreds of maps and images of the destruction.