A guide to materials relating to Japan and the environment in the Rare Books Collection, Rare and Distinctive Collections, CU Boulder Libraries.

In March of 2011, northern Japan witnessed a confluence of disasters on a tragic scale. A massive earthquake in the Pacific led to a major tsunami, which devastated areas near the coast. It also damaged the Fukushima nuclear reactor, leading to radioactive contamination in the nearby region. The following items, largely photographic in nature, explore the harsh realities of these major disasters for the people of Japan. 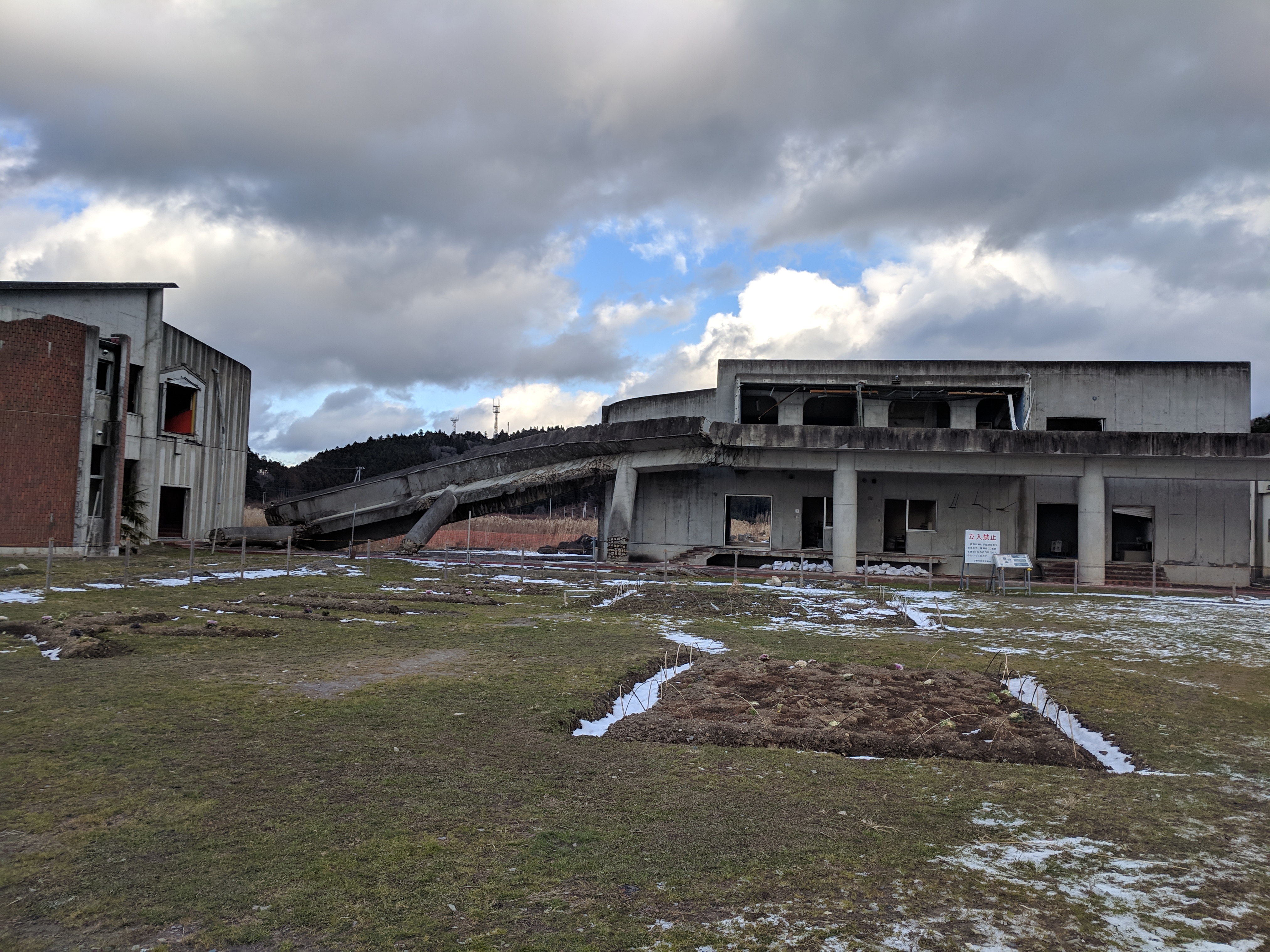 Image of the ruins of the Ogawa School from the 3/11 disasters, taken in 2018

Photography Books Relating to the 3/11 Disasters

You can find the following photography books at CU relating to the 3/11 disasters (some only in the Rare Books Collection, some you can check out). Check the previews below to get a sense of what the books are like!

Read more about the exhibits related to In the Wake, and see some of the images from them, at this site

Book artist Romano Hänni produced a unique artistic work in response to the 3/11 disasters titled It is bitter to leave your home. The book is hand-printed on paper towels instead of normal paper! Check out all of his work here: https://romano-haenni.ch/

Hänni's website includes a PDF copy of this unique artist book, which is embedded just below or you can find at this link

Note that the images are not always clear enough to be able to read all the text.

Recent CU student and Rare Books Collection intern Conor O'Hara ('20 History) documented towns, largely abandoned, near Fukushima in 2018 and 2019. He arranged his photographs in the following book he titled Unnatural Disaster and Migration in Fukushima. These images document abandonment, decay, and reconstruction 8 years after the 3/11 disasters in areas that continue to see high levels of radiation.